He hasn't been present much lately as an actor, and they've even stolen the SPIDER-MAN gig from him and made an extremely horrible choice by giving it to unnoticeable 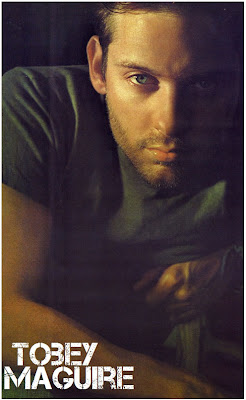 Andrew Garfield, but Tobey Maguire still has his producing job in Hollywood. According to "Variety" he has just bought film rights on THE 5TH WAVE, a yet to be published sf novel by Rick Yancey, in which the story centres on a young girl who is one of the few to survive a massive alien invasion, as she goes out to find her missing brother. The aliens can disguise themselves as humans, and the boy who helps her on the quest may or may not be one of these extraterrestrials in disguise. It's interesting that Rick Yencey hasn't even written the novel saga yet, and the deal is based only on his book proposal pre-emptively sold to Putnam Books.


HOLLYWOOD SPY HEADLINES
According to "The Hollywood Reporter" Neil LaBute will direct SOME GIRLS with quite a nice star studded cast including Emily Watson, Adam Brody, Jennifer Morrison (who is quite popular these days thanks to the lead role in planetary popular ONCE UPON A TIME show), Kristen Bell and Mia Maestro. The story of the film revolves around super charming Adam Brody who plays a man who attempts to make amends with several ex-girlfriends on the eve of his wedding. All of the actresses mentioned above will play his exes. 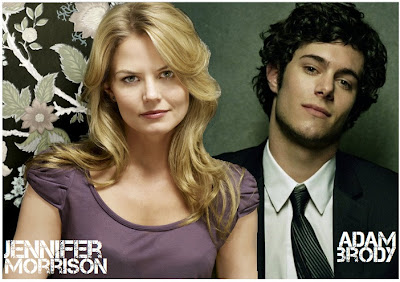 Disney is planning a new huge sf adventure after JOHN CARTER epic (which has just been released and although it earned just $30 million in USA in the first weekend, it has had huge success around the world breaking, for example, records in Russia as the biggest opening day in Russian cinema history. The film has earned $100 million worldwide in the opening weekend beating the negativity with which the film was bombarded by from evil fanboys who prayed for film to become a flop

without even seeing it. The audience has actually received the film with warmth and positivity and the film might score even better in the 2nd week). It will be titled PALADIN, and although the story is kept under wraps, it is known that it will be a big space epic and that it will be written by young Max Borenstein who is currently penning THE SEVENTH SON, the film adaptation of THE SPOOK'S APPRENTICE fantasy book by Joseph Delaney with Kit Harrington and Julianne Moore in the cast.
It's been a very slow month so far in the trailer business, people, so the only clip I have for you today is for a charming comedy drama titled DARLING COMPANION which premiers April 20th with quite a 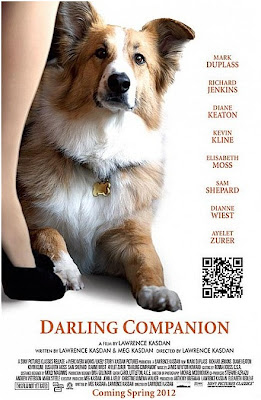 stellar cast. It followsBeth (Diane Keaton) who saves a bedraggled lost dog from the side of the freeway on a wintry day in Denver. Struggling with her distracted, self-involved husband Joseph (Kevin Kline) and an empty nest at home, Beth forms a special bond with the rescued animal. When Joseph loses the dog after a wedding at their vacation home in the Rockies, the distraught Beth enlists the help of the few remaining guests and a mysterious young woman in a frantic search. Each member of the search party is affected by the adventure, which takes them in unexpected directions – comic, harrowing, and sometimes deeply emotional. The cast also includes Dianne Wiest, Elisabeth Moss, Sam Shepard, Richard Jenkins... Lawrence Casdan directs.
Posted by DEZMOND at 10:00 AM