I've told you some time ago that we will be seeing tones of heist films in the future, and one of such, BRILLIANT, has just signed Gerard 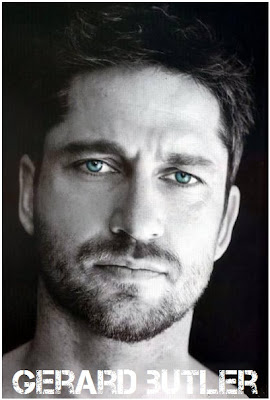 Butler (replacing Eric Bana) who will again form a brilliant tandem with Robert Luketic who directs the film about a group of seasoned thieves who recruit a small-time criminal as they prepare for the biggest diamond heist of all time. The film will have a big female lead too. Meanwhile, young Anna Sophia Robb has been chosen to play young Carrie Bradshaw in CARRIE DIARIES TV show on CW which will follow the High School years of the famous SEX AND THE CITY character, back in the 80's before she came to New York.

HOLLYWOOD SPY HEADLINES
Deadline reports that Fox is preparing a film adaptation of THE BOOK THIEF, a touching novel by Marcus Zusak, to be directed by DOWNTON ABBEY's Brian Percival, in which the story, 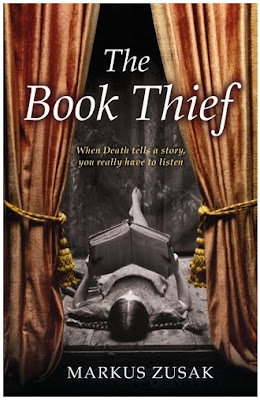 narrated by Death herself, follows a little foster girl living outside of Munich in World War 2 who survives by stealing books. Aided by her accordion-playing foster father, she learns to read and shares her stolen books with neighbours during bombing raids. One of those who benefits from the books is the Jewish man hidden in her basement before he is marched to Dachau. A much brighter story will be seen in Disney's THE PET, a charming sf comedy which follows a man who's abducted by aliens, taken to their planet and turned into their family pet. The film will be directed by NAPOLEON DYNAMITE helmer Jared Hess according to "MovieWeb". 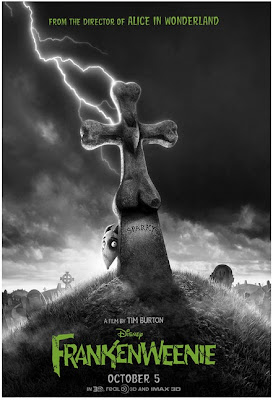 Your trailer for today is the first one for Tim Burton's new film FRANKEN- WEENIE, which comes to cinemas this October. This stop motion animation black and white 3D film brings a heart warming tale about a boy and his dog. After unexpectedly losing his beloved dog Sparky, young Victor harnesses the power of science to bring his best friend back to life—with just a few minor adjustments. He tries to hide his home-sewn creation, but when Sparky gets out, Victor’s fellow students, teachers and the entire town all learn that getting a new "leash on life" can be monstrous.