Variety has reported today that Jake Gyllenhaal has replaced Dominic Cooper in the lead role in MOTOR CITY, a thriller about an ex convict who is released from prison, and then begins a quest for

vengeance, seeking out the men who framed him. Gary Oldman will play the villain, while gorgeous Amber Heard plays the female lead role. After the success of his SOURCE CODE thriller last year, which earned more than $100 million around the world, Jake will also join Jessica Biel and James Marsden in NAILED (about a small town waitress who gets a nail accidentally lodged in her head causing unpredictable behavior that leads her to Washington, DC, where sparks fly when she meets a clueless young senator who takes up her cause) and in END OF WATCH, about the long-term friendship and partnership between two cops. What is it with big stars going B-league and shooting mediocre crime flicks? I mean, wasn't Gyllenhaal prince of Persia?


HOLLY WOOD SPY HEAD LINES
Ah, those damn vampires just won't let it go! Surprise, surprise, there's a new vampire project in Hollywood, and methinks it's the 58th in line, but it might be 59th as well: as "Deadline" reports Alexandre Aja (THE HILLS HAVE EYES) might helm UNDYING LOVE, which will be a movie adaptation of a comic following an ex-soldier who falls for a girl that happens to be a vampire. The only way the two can be together is if the man takes on the vampire who created her, which also means 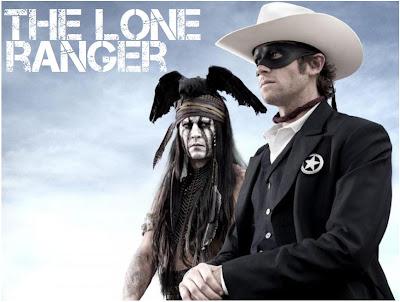 fighting an army of monsters in the Hong Kong underworld. The story mixes traditional vampire lore with Chinese monster myths and the Hong Kong action genre. And above you can check out the first pic of Johnny Depp as Tonto and Armie Hammer as THE LONE RANGER from the upcoming blockbuster which comes out next year. Directed by Gore Verbinski the film will also star Helena Bonham Carter.
A new poster has been released for MOONRISE KINGDOM which premiers this May and I know a lot of you are excited about the film since it has a 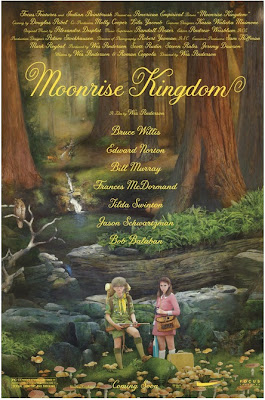 stellar cast. Set on an island off the coast of New England in the 1960s, the story follows a young boy and girl falling in love. When they are moved to run away together, various factions of the town mobilize to search for them and the town is turned upside down – which might not be such a bad thing. Bruce Willis plays the town sheriff, two-time Academy Award nominee Edward Norton is cast as a camp leader, Academy Award nominee Bill Murray and Academy Award winner Frances McDormand portray the young girl’s parents and the cast also includes Academy Award winner Tilda Swinton and Jason Schwartzman.
Posted by DEZMOND at 12:00 AM