Guess what? We are having an animated flick day today at HOLLYWOOD SPY, since I have three new trailers for the upcoming animated films to show you. The first one is for, as you now already know, our most anticipated 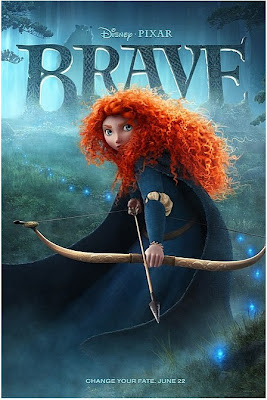 animated movie this year - BRAVE. You must check the new clip from the film, because it is totally hilarious and amazingly charming :) Set in Scotland in a rugged and mythical time, BRAVE follows Merida, an aspiring archer and impetuous daughter of royalty who makes a reckless choice that unleashes unintended peril bringing chaos to her kingdom and forces her to spring into action to set things right relying on her bravery and her archery skills to undo a beastly curse. This one is out in cinemas this June and features voices from Emma Thompson, Julie Walters, Kevin McKidd.... 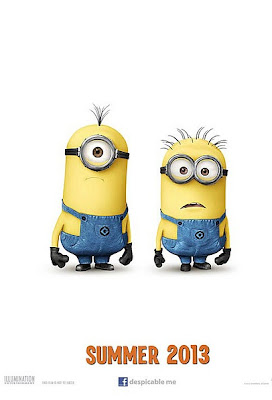 irritating one) :). Al Pacino, Steve Carrell, Jason Segel, Russell Brand and Julie Andrews are among those lending their voices in the story about Gru, who, surrounded by a small army of minions, was planning the biggest heist in the history of the world in the original film, when he was going to steal the moon. Armed with his arsenal of shrink rays, freeze rays, and battle-ready vehicles for land and air, he wanted to vanquishes all who stand in his way until the day he encountered the immense will of three little orphaned girls who looked at him and saw something that no one else has ever seen: a potential Dad. They are now all back for new adventures.

PARANORMAN
The third trailer is actually the new one for PARANORMAN, a film 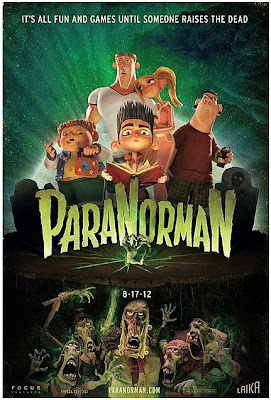 from the creators of CORALINE, a 3D stop motion animation in which the story is set in a small town which comes under siege by zombies. Who can it call? Only misunderstood local boy Norman who is able to speak with the dead. In addition to the zombies, he’ll have to take on ghosts, witches and, worst of all, moronic grown-ups, to save his town from a centuries-old curse. But this young ghoul whisperer may find his paranormal activities pushed to their otherworldly limits. The film comes out in cinemas this August and features the voices from John Goodman, Casey Affleck, Anna Kendrick....
Posted by DEZMOND at 12:00 AM