We're going both redhead and epic today, starting with news coming from British Sky channel that Kelly Reilly is in talks to take a role in their epic series BRITANNIA which we announced last year. Charting the Roman invasion of what would become Great Britain in 43 A.D. and the rise of iconic female warrior Boudicca, the eight part series will follow the growing relationship between Boudicca and Roman Consul Cassius who ultimately unite to lead an insurgency against Roman Emperor Claudius. As 'Deadline' reports Kelly Reilly will play the key character of Kerra. VIKINGS' Kari Skogland is directing with Star Wars‘ Rick McCallum producing 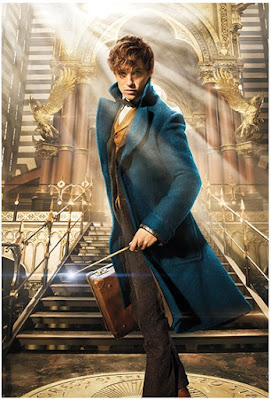 Depicting the wizarding world of J.K. Rowling the movie will open in cinemas in mid November directed by David Yates.


SUITCASE OF MAGICAL BEINGS
Academy Award winner Eddie Redmayne portrays magizoologist Newt Scamander who, back in 1926, has just completed a global excursion to find and document an extraordinary array of magical creatures. Arriving in New York for a brief stopover, he might have come and gone without incident... were it not for a No-Maj (American for Muggle) named Jacob, a misplaced magical case, 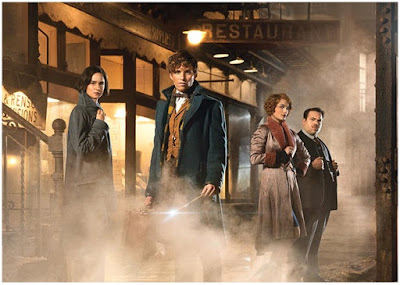 and the escape of some of Newt's fantastic beasts, which could spell trouble for both the wizarding and No-Maj worlds. Samantha Morton, John Voight, Ron Perlman and Colin Farrell also star.