'WATERSHIP DOWN' ANIMATED
REMAKE WITH JAMES MCAVOY, NICHOLAS HOULT, BEN KINGSLEY
You gotta admit we haven't seen a prime time animated mini TV series in a long time and that is what Netflix and BBC are preparing for us: a new four episode animated version of 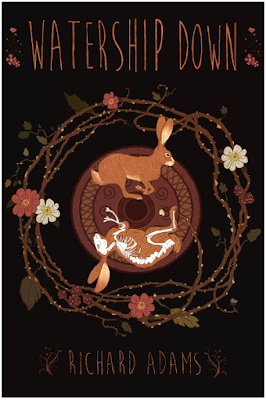 WATERSHIP DOWN with the voices from James McAvoy, Nicholas Hoult, Ben Kingsley, John Boyega and Gemma Arterton.
Based on Richard Adams' classic novel WATERSHIP DOWN is set in the idyllic rural landscape of southern England, and follows a band of rabbits on their flight from the intrusion of man and the certain destruction of their home. Led by a stout hearted pair of brothers, they journey forth from their native Sandleford Warren through the harrowing trials posed by predators and adversaries, towards a promised land and a more perfect society. Throughout the narrative, their culture is expanded upon via tales of the mythological first rabbit from whom the rest are descended. 300: RISE OF THE EMPIRE's Noam Murro is directing!


'THE DUEL' WESTERN TRAILER
WITH WOODY HARRELSON AND LIAM HEMSWORTH
If the trailer for the Magnificent Seven wasn't enough for you last week, here's another Western trailer: THE DUEL, out in cinemas 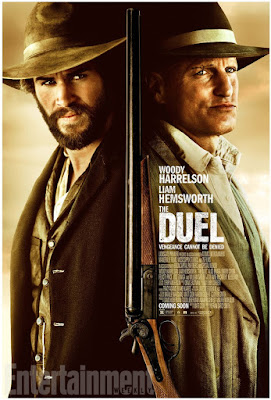 June 24th (believe it or not, the same date when Liam's INDEPENDENCE DAY is also out), starring Liam Hemsworth and Woody Harrelson, reuniting them again after HUNGER GAMES.  Liam Hemsworth plays David Kingston, a Texas Ranger who investigates a series of murders in a small town led by a charismatic preacher named Abraham Brant, played by Woody Harrelson. However, the routine undercover investigation soon turns personal for the ranger who must solve the case before he loses everything to the mysterious town.
Posted by DEZMOND at 7:31 PM