'FLORENCE FOSTER JENKINS'
CHARACTER POSTERS ARE HERE!
Now, here's something we really want to see this year and the premiere is really close since it opens up in British cinemas this May 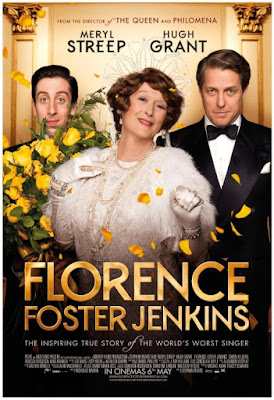 (August in USA, summer in most of Europe)! FLORENCE FOSTER JENKINS in which Meryl Streep plays the worst opera singer in history who wasn't aware of her utter lack of talent.


WORLD'S WORST SINGER
Directed by Stephen Frears (THE QUEEN, PHILOMENA) this true life story follows FLORENCE FOSTER JENKINS, a wealthy woman from the beginning of the 20th century New York high society who used her relationships and her 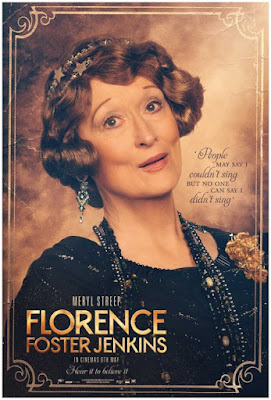 fortune to become an opera singer. But the problem was that she had the worst voice ever. The voice she heard in her head was beautiful, but to everyone else it was hilariously awful. Hugh Grant plays St Clair Bayfield, an aristocratic English actor and  her trusted manager and best friend who was determined to protect his beloved Florence from the truth, and Rebecca Ferguson is his long suffering wife. BING BANG THEORY's Simon Helberg is Florence's pianist. The movie tells her story through to her 1944 Carnegie Hall concert which sold some 3,000 tickets, but she died a 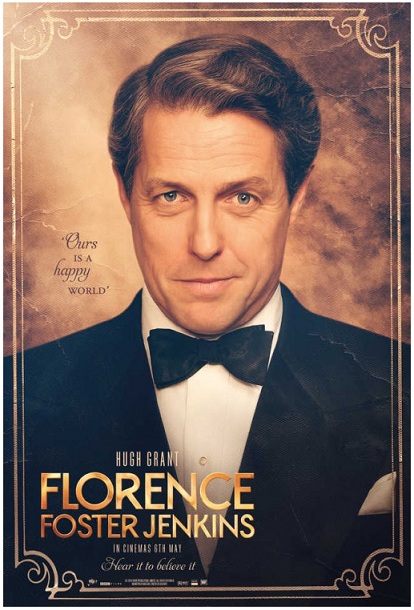 month later. Jenkins handled distribution of the popular tickets herself, in order to exclude professional critics from attending her 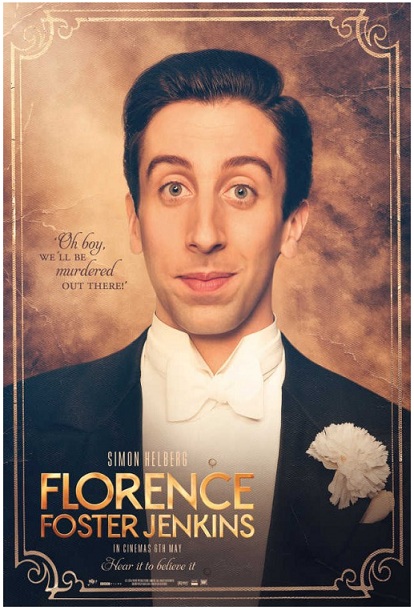 performances. She also designed all of her wonderfully campy and gorgeously outrageous costumes!