DISNEY'S 'PETE'S DRAGON'
FOREST BEAST REVEALED!
Our photo treat for today comes from 'EW' where they have revealed the first photo of Elliott the Dragon from PETE'S DRAGON. Out this August and starring Robert Redford (as an old wood carver who 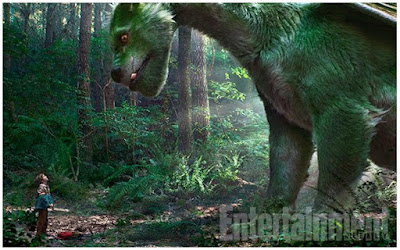 delights local kids with dragon stories), Karl Urban and Bryce Dallas Howard (As a forest ranger) it follows a boy who lives in the woods with his fury, soft domesticated dragon after escaping from his abusive

adoptive parents. The dragon has been changed from the original one from the old classic in order to get a more natural look which goes well 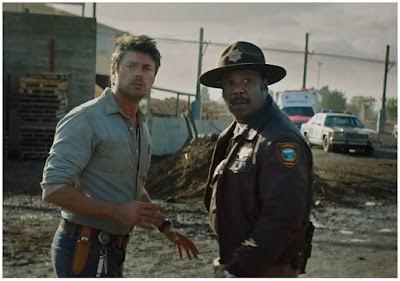 with the forest surroundings. Wes Bentley (as owner of the local plant), Oona Laurence (as his daughter) and young Oakes Fegley (As Pete) also star.