NEW 'BFG' TRAILER
FROM STEVEN SPIELBERG!
Two adventure trailers for you today, beginning with the second one for Steven Spielberg's BFG or BIG FRIENDLY GIANT 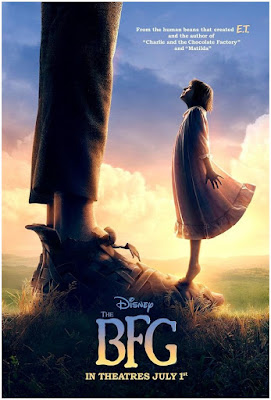 which will stomp into theatres July 1st!

FRIENDLY GIANT
The movie tells Roald Dahl's imaginative story of a young orphan girl and the Giant (Mark Rylance) who introduces her to the wonders and perils of Giant Country. The BFG brings Sophie to Dream Country where he collects dreams and sends them to children, teaching her all about the magic and mystery of dreams. Having both been on their own in the world up until now, their affection for one another quickly grows, but Sophie's presence in Giant Country has attracted the unwanted attention of the other giants, who have 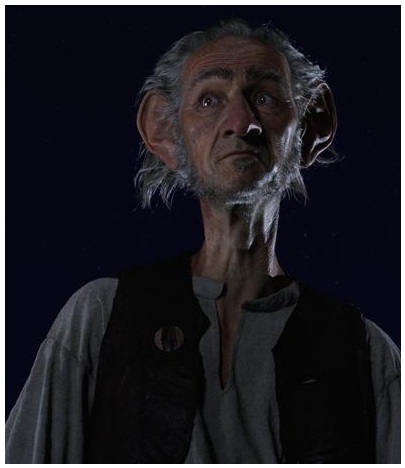 become increasingly more bothersome. Sophie and the BFG soon depart for London to see the Queen (Penelope Wilton) and warn her of the precarious giant situation, but they must first convince the Queen and her maid, Mary (Rebecca Hall), that giants do indeed exist. Rafe Spall also stars! 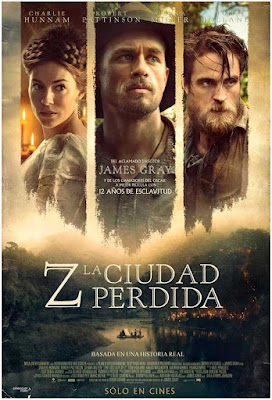 The first quite meh trailer has also been, rather quietly, released for the adaptation of David Grann's book THE LOST CITY OF Z which describes real events, about British explorer Percy Fawcett (Charlie Hunnam) who made several attempts to find an ancient lost city in the Amazon and finally disappeared in 1925 along with his son in the search for the city. Beside Charlie Hunnam as Colonel Fawcett, the movie also stars Robert Pattinson as his fellow explorer Henry Costin and Sienna Miller as his wife Nina Fawcett! Angus MacFadyen and Tom

Holland are also in the cast in the Brad Pitt produced movie which will probably hit cinemas some time in Autumn.