EDINA AND PATSY ARE BACK IN 'ABSOLUTELY FABULOUS: THE MOVIE' WITH TONS OF STELLAR CAMEOS!

'ABSOLUTELY FABULOUS'
EDINA AND PATSY ARE BACK!
We're still going British in the spy's headquarters, sweetie dahlinks, with a small spotlight on everybody's beloved British comedy series ABSOLUTELY FABULOUS which is moving onto 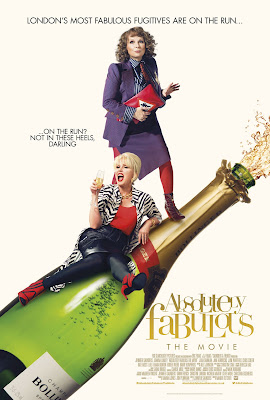 the big screens this July! Jennifer Saunders and Joanna Lumley return to their iconic roles of two utterly mad socialites back in the days when those were still just a part of comedy, not of reality.


AS DRUNK AS EVER!
Returning to cinemas in the middle of summer ABSOLUTELY FABULOUS: THE MOVIE will follow the drunken duo of fashionistas Edina Monsoon and Patsy Stone, who are still oozing glitz and glamour, living the high life they are accustomed to; shopping, drinking and clubbing their way around London's trendiest hot-spots. Blamed for a 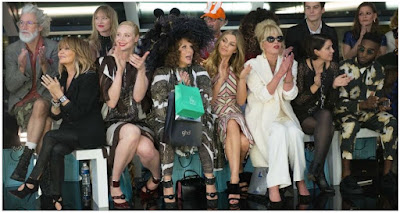 major incident at an uber fashionable launch party, they become entangled in a media storm and are relentlessly pursued by the paparazzi. Fleeing penniless to the glamorous playground of the 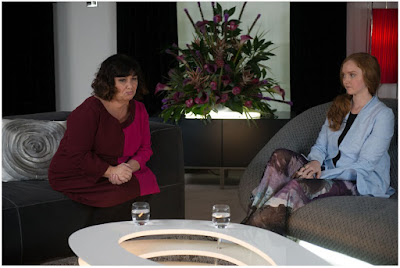 super-rich, the French Riviera, they hatch a plan to make their escape permanent and live the high life forever more!


AND THEY BROUGHT FRIENDS!
It is interesting that tons of well known faces (at least if you're in UK) will have their cameos in the movie from hilarious comedians Dame Edna and Dawn French, to fashion designers and models such as Jean 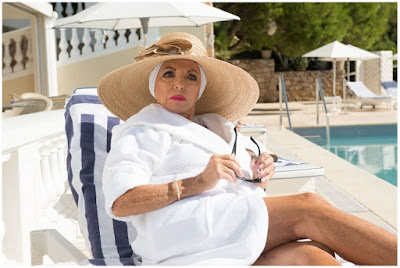 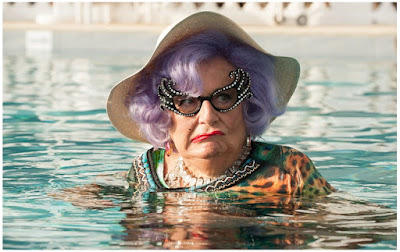 Colfer will be there too with some of Spice Girls and One Directioners as well and Kim Craptrashian. The movie is out July 1st in Europe and July 22nd in America.
Posted by DEZMOND at 7:55 PM