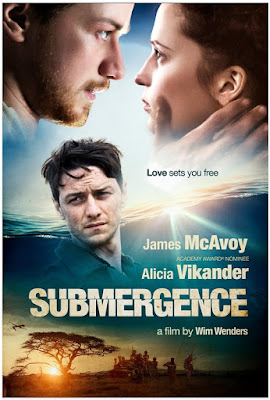 Just some casting news this boring Monday, starting with our most beloved Scott James McAvoy who will lead the cast of SUBMERGENCE together with fresh Oscar winner Alicia Vikander. As 'Deadline' reports, adapted from the novel by JM Ledgard, the film follows the interconnected stories of James (James McAvoy), an Englishman held captive by jihadist fighters, and Danny (Alicia Vikander), a marine researcher studying the ocean floor near Greenland, as their thoughts are drawn back to the previous Christmas and the chance encounter that led to their romance!

Deadline also reports on a topic we like - thrillers set in isolated spaces! Albert Hughes is planning to take the helm and direct ice age epic adventure THE SOLUTREAN which is supposed to star Leonor Varela,  Jóhannes Haukur Johannesson and Kodi Smit McPhee! It will be a visually striking epic adventure survival story set 20,000 years ago during the last Ice Age. The word “Solutrean” refers to the Upper Paleolithic period of early advanced humans in Europe. Leonor Varela (Cleopatra from ROME) will play the shaman; described as wise, powerful and compelling, she performs religious rituals of protection, healing and thanksgiving! 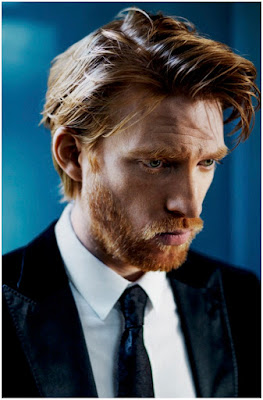 Meanwhile, 'Empire' writes today that   rather steallar ensemble has been gathered for new thriller drama movie coming from Darren Aronofsky which doesn't yet have a title. Michelle Pfeiffer, Ed Harris, Jennifer Lawrence, Javier Bardem and fresh STAR WARS star Domhnall Gleeson will lead the cast in the movie which reportedly follows what happens when a couple's tranquil relationship is disturbed by uninvited guests who arrive at their home. Aronofsky has written the script himself and is looking to put this stellar cast to work as soon as this June!
Posted by DEZMOND at 7:54 PM