We haven't seen much from the Wachowski Bros. after THE MATRIX but it seems the brother and the sister directors are coming back to the sf genre. According to "Deadline" their next project could be a huge sf film JUPITER 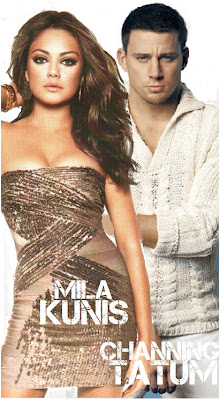 ASCENDING which plot is still kept under wraps but according to the latest news Channing Tatum and Mila Kunis have been offered the lead roles in it. As you know, Channing Tatum is currently a hot good in Hollywood since he had two huge blockbusters back to back THE VOW and now 21 JUMP STREET. The Wachowski's have recently finished their current project CLOUD ATLAS the intricate and complex movie featuring six intertwining story lines set in a different times and places that become intricately related to each other, with actors playing roles in each time. The stories span from the 19th Century to a post apocalyptic 22nd Century.The cast of the film is rather big and filled with well known names from Tom Hanks, Hugo Weaving, Hugh Grant, Jim Sturgess and Ben Whishaw, to Susan Sarandon, James D'Arcy, Jim Broadbent, Halle Berry...


HOLLYWOOD SPY HEADLINES
I'm not sure if this will be a romcom or some fun film, but I like the sound of it: according to "Deadline" BRIDESMAID's director Paul Feig

might helm the film adaptation of GARLIC AND SAPPHIRES,  Ruth Reichl’s "New York Times" best-selling book which recounts the “adventures in deception” as the NY Times’ restaurant critic goes undercover to the world’s finest culinary establishments. To go unrecognised, she assumes the persona of a nouveau riche widow. And one of our fave British gents Rupert Penry Jones, has a new project: according to "Digital Spy" he and Shaun Evans will star in THE LAST WEEKEND ITV's suspense thriller which follows two couples with a shared history on holiday in Suffolk over a bank holiday weekend. Evans plays a working class primary school teacher, who made friends with the sporty and privileged Ollie (Penry-Jones) at university. The men's competitive edge, a resurrected old bet and returning sexual tensions result in a horrendous and catastrophic outcome for both couples.
And here it finally is, the first trailer for what could be one of the most charming animated flicks this Autumn - HOTEL TRANSYLVANIA Dracula's (Adam Sandler) 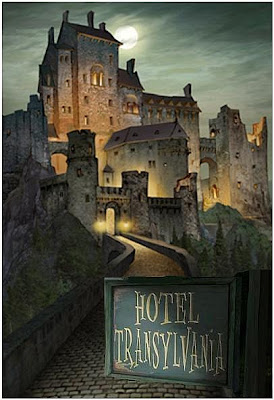 lavish five-stake resort, where monsters and their families can live it up, free from meddling from the human world. But here's a little known fact about Dracula: he is not only the Prince of Darkness; he is also a dad. Over-protective of his teenage daughter, Mavis, Dracula fabricates tales of elaborate dangers to dissuade her adventurous spirit. As a haven for Mavis, he opens the Hotel Transylvania, where his daughter and some of the world's most famous monsters – Frankenstein and his bride, the Mummy, the Invisible Man, a family of werewolves, and more – can kick back in safety and peace. 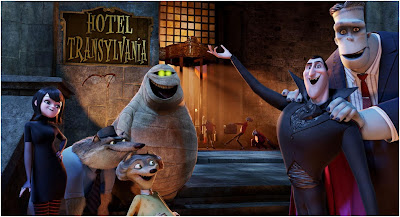 For Drac, catering to all of these legendary monsters is no problem – but his world could come crashing down when one ordinary guy stumbles on the hotel and takes a shine to Mavis. Beside Sandler, the voice cast includes Fren Drescher, David Spade, Steve Buscemi, Selena Gomez, Cee-Lo...
Posted by DEZMOND at 12:00 AM