Since period projects are quite trendy right now with the success of DOWNTON ABBEY, you might like the sound of this one: "Variety" reports that Rhys Ifans might join Bradley Cooper, Toby Jones

and Jennifer Lawrence in SERENA a movie adaptation of a novel by Ron Rash. Story unfolds in the mountains of 1920s North Carolina, with Cooper playing a timber baron and Lawrence playing his wife Serena, who battles the government to save their lands and engineers the murder of her husband's illegitimate son. Ifans is in talks to play Galloway, a vicious Appalachian guide who becomes Serena's muscle after she saves his life. Jones is set to play Sheriff McDowell, who doggedly pursues Cooper's character. Ifans has been quite busy recently: beside starring in Roland Emmerich's ANONYMOUS last year he also plays Lizard in THE AMAZING SPIDERMAN and will also appear next to Emily Blunt and Jon Segel in THE FIVE YEAR ENGAGEMENT.


HOLLYWOOD SPY HEADLINES
As "Deadline" reports, John Krasinski and Matt Damon will star in Gus Van Sant's THE PROMISED LAND, in which the story centres on a sales executive 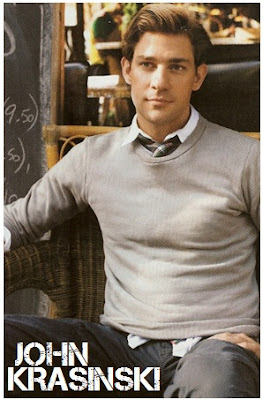 who begins to question his life when he is called to a small town on business. According to "Variety" Warner Bros. will adapt LUCID comic into a film. The story of the Archaia Entertainment (with whom Warner is also doing BOLIVAR film I've mentioned last week) comic takes place in a parallel universe where magic is real and world leaders have secret agents working to fight off supernatural threats. Main character is a young agent, recently appointed "Protector of the Realm" who must use his skills as a covert spy and combat mage to stop an occult technology dealer. 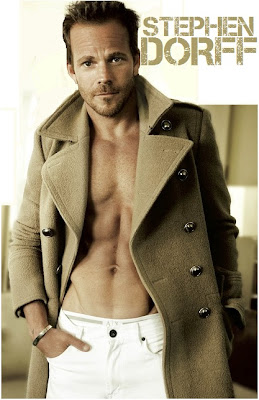 And I have a very intriguing and quite interesting trailer for you today: it's the clip for action thriller BRAKE in which the story revolves around a Secret Service Agent who is held captive in the trunk of a car and endures high-speed mental and physical torture as terrorists attempt to extract needed information for their sinister plot. The film with unusual setting has Stephen Dorff in the lead role. You've probably noticed that he kinda returned from the dead after playing Henry Cavill's slave and side-kick in Tarsem's mind blowing epic blockbuster IMMORTALS last winter. The film opens in cinemas March 23rd!
Posted by DEZMOND at 12:02 AM