since it has been confirmed that Dane DeHann has won the role in the race against Eddie Redmayne, Douglas Booth, Sam Claflin and Alden Ehrenreich. You remember DeHann from sf sleeper hit CHRONICLE about misfit kids with strange superpowers! At the same time it has also been confirmed that Jamie Foxx will play the main villain Electro, a genius electrician who turns evil after he gets the short end of the stick from the world. Dane is also shooting dark thriller THE DEVIL'S KNOT with Reese Witherspoon and Colin Firth, and KILL YOUR DARLINGS with Daniel Radcliffe about a murder in 1944 which draws together the great poets of the beat generation: Allen Ginsberg, Jack Kerouac and William Burroughs.


HOLLYWOOD SPY HEADLINES
In TV news, according to "The Hollywood Reporter" BBC has ordered a six-part fantasy mini series based on Susanna Clarke's best-selling 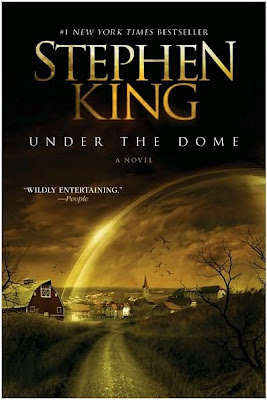 book JONATHAN STRANGE AND MR NORRELL.  The story is set during the Napoleonic Wars in an England where magic once existed and is about to return, and the main heroes are a magician and his apprentice! In other news from the TV world, Stephen King's book UNDER THE DOME will be made into a show. CBS will make it into a 13 episode series. Scheduled for summer 2013 the story of the new show will be set in a small town that becomes sealed off from the rest of the world by a huge transparent dome, leaving its inhabitants to solve the mystery of what has happened.


STORAGE 24 TRAILER
Since apocalyptic themes are so very much trendy these days, all I have to show you today is a trailer for British sf film STORAGE 24 which comes out next 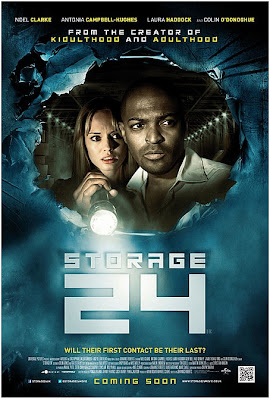 January. London is in chaos. A military cargo plane has crashed leaving its highly classified contents strewn across the city. Completely unaware London is in lockdown, Charlie (Noel Clarke) and Shelley (Antonia Campbell Hughes), accompanied by best friends Mark (ONCE UPON A TIME's Captain Cook - Colin O'Donoghue) and Nikki (DA VINCI'S DEMONS' beauty Laura Haddock), are at Storage 24 dividing up their possessions after a recent break-up. Suddenly, the power goes off. Trapped in a dark maze of endless corridors, a mystery predator is hunting them one by one. In a place designed to keep things in, how do you get out?
Posted by DEZMOND at 12:00 AM