the movie will have a story set in a future where humans are considered the lowest form of life in the galaxy. Channing Tatum is going to play an intergalactic bounty hunter who is sent by the Queen of the Universe to kill an Earth woman (Mila Kunis) whose genetic traits are identical to the Queen's. The plot thickens when the would-be assassin falls for his target. It is not known whom will Redmayne play. Rising star Eddie Redmayne has first shined in PILLARS OF THE EARTH, then he gave a stellar performance in BBC's BIRDSONG and in MY WEEK WITH MARYLIN, and later this month you will watch him in LES MISERABLES. He's also become a name which often appears at auditions and test shootings for the upcoming blockbusters.


HOLLYWOOD SPY HEADLINES
Over the time we've got used to hearing weird things coming from Tinseltown, so this one shouldn't really surprise you: following the unexplainable trend of making remakes Universal has decided to do a

new version of KOJAK! And guess what? They've hired Vin Diesel to play the lead role. SKYFALL, CASINO ROYALE and QUANTUM OF SOLACE scribes Neal Purvis and Robert Wade are writing the screenplay! As "Deadline" reports the KOJAK TV series was popular back in the 70's with Telly Savalas as bald New York City Police Department Detective Lieutenant Theo Kojak. He was known for his signature lollipop, and was a proud Greek American who often celebrated his heritage. This version will be re-imagined in a modern-day setting and will obviously not have a Greek in the lead role :). You already know that Vin Diesel will next be seen in THE FAST AND THE FURIOUS with Luke Evans and then in RIDDICK sf epic.


DRIFT TRAILER
The only trailer I have for you today looks rather boring, but at least you can enjoy shirtless Sam Worthington in it :) His role here is rather different from the 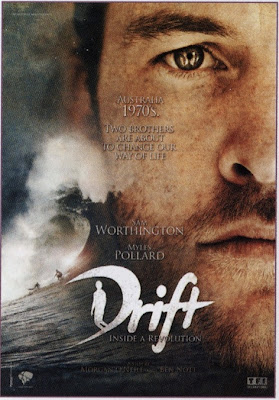 epic ones we've seen him in before in AVATAR and CLASH OF THE TITANS. DRIFT is a surfer movie which comes to theatres sometime next year and is set in breathtaking locations and inspired by the true story of Australia's legendary surf wear moguls. The film chronicles the rise of the world's premiere action sport and the expansion of the laid back surf attitude as a global lifestyle. A story of passion and corruption, friendship and loyalty, deadly addictions and fractured relationship.
Posted by DEZMOND at 12:00 AM