BRILLIANT NEW CAST PICTURES
ONCE UPON A TIME IN WONDERLAND FANTASY SHOW
Since we haven't had much news from Hollywood this week, we're focusing today on some delightful new television projects, starting with the beautiful cast pictures of ABC's new fantasy series 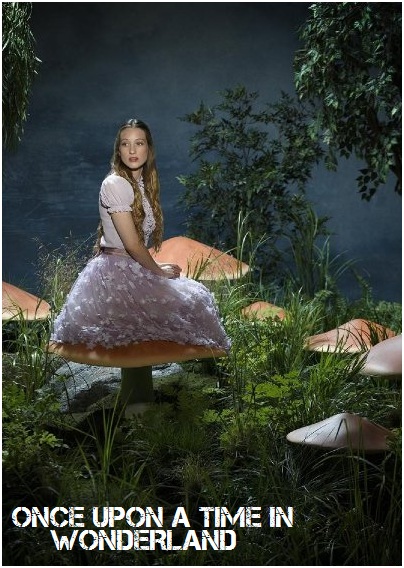 ONCE UPON A TIME IN WONDERLAND the spin-off show to their popular drama ONCE UPON A TIME. The story of the brand new show is set in Victorian England, where young and beautiful Alice (Sophie Lowe) tells an impossible tale of a strange new land that exists 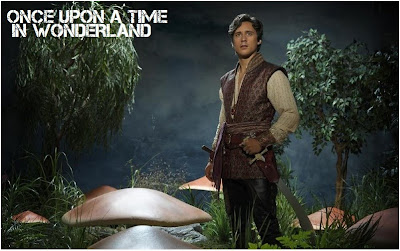 on the other side of a rabbit hole. An invisible cat, a hookah-smoking caterpillar and playing cards that can talk, are just some of the fantastic things she’s seen during her adventure. Surely this troubled girl must be 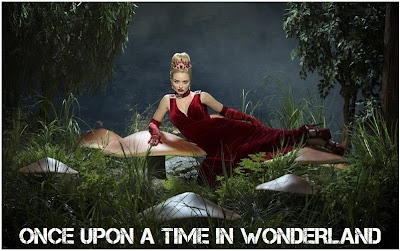 insane. Her doctors intend to cure her with a treatment that will make her forget — everything. Alice seems ready to put it all behind her, especially the painful memory of the genie she fell in love with and lost forever, the handsome and mysterious Cyrus (Peter Gadiot). 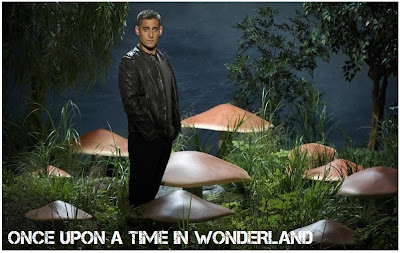 But in her heart Alice knows this world is real, and just in the nick of time the sardonic Knave of Hearts (Michael Socha) and the irrepressible White Rabbit (John Lithgow) arrive to save her from her fate. Together the trio will take a tumble down the rabbit hole to a Wonderland where nothing is impossible. 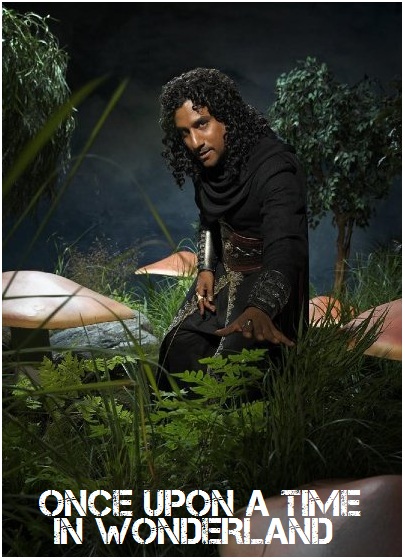 Ready to hit small screens on October 10th, ONCE UPON A TIME IN WONDERLAND will also have Emma Rigby as the Red Queen, Naveen Andrews as Jafar, while Keith David will lend his voice to Chesire Cat with Iggy Pop giving his voice to the hookah smoking caterpillar perched on a giant shroom and with John Lithgow as the White Rabbit!' 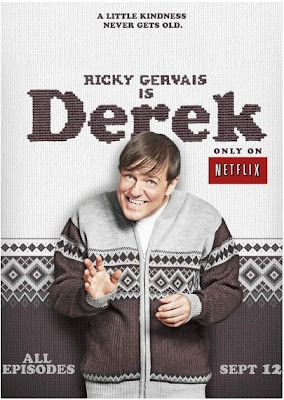 Another delightful project which you can already watch over at Netflix is DEREK, which begun streaming last week starring famous British comedian Ricky Gervais who is also the creator of this comedy-drama about a loyal nursing home caretaker who sees only the good in his quirky co-workers as they struggle against prejudice and shrinking budgets to care for their elderly residents! Capturing both sadness and humour of such a place, the sitcom is filled with kind and light humour and is rather unusual in today's world of offensive sitcoms and brutal comedy.

'LAST TANGO IN HALIFAX'
DEREK JACOBI & ANNE REID
Yet another delightfully kind and warm show can be seen over at PBS where last week they started airing LAST TANGO IN HALIFAX, an uplifting comedy-drama about romance and second chances. Childhood sweethearts Alan (Derek Jacobi) and Celia (Anne Reid), both 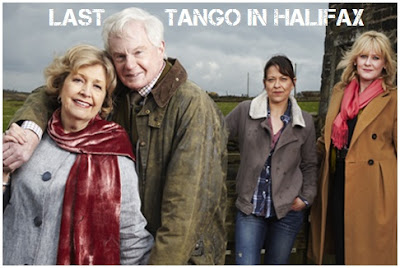 widowed and in their 70s, fall for each other all over again when they are reunited after nearly 60 years. The celebratory tale of the power of love at any age is also a story about family — a family with baggage. Alan and Celia's daughters, whose dysfunctional lives bring drama at every turn, would never dream of getting in the way of their parents' happiness. But somehow they just can't help themselves.
Posted by DEZMOND at 11:59 PM