RYAN GUZMAN, BRIANA EVIGAN
RETURN TO ALL STAR 'STEP UP 5'

Now, I don't care what some cynics say, but HOLLYWOOD SPY has always enjoyed famous STEP UP dance movies. I just love the inspirational and positive atmosphere of those films, and you will agree that the last one, STEP UP REVOLUTION had the most spectacular dance choreographies ever seen on the big screen! You already know that STEP UP 5 is in the making and that it will be an all star movie gathering all the faces which became famous thanks to the previous parts of the franchise. Lionsgate has just confirmed that the new instalment, which will be set at a dance competition in Las Vegas this time, will have hunky Ryan Guzman from STEP UP REVOLUTION in the cast, alongside Briana Evigan (STEP UP TO THE STREETS), Misha Gabriel Hamilton, and many other dancers/actors from the previous four movies. Sadly, Channing Tatum and his wife Jenna Dewan, who were the stars of the original movie, won't appear in STEP UP 5! 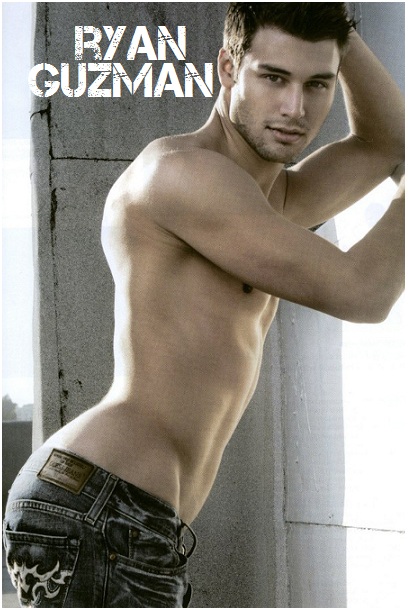 The Hollywood Reporter writes that two boys, James McAvoy and Daniel Radcliffe, won't be alone in FRANKEN- STEIN! DOWNTON ABBEY's Jessica Brown Findlay will now play the lead female role in the horror epic. In the movie in which Daniel Radcliffe plays the hunchbacked butler Igor while James McAvoy is playing Dr. Victor Frankenstein, in the revisionist take on the famous Mary Shelley's classic tale this time told from Igor's perspective, Jessica Brown Findlay will portray a trapeze artist who becomes close to Igor after he saved her life. Findlay also stars in another epic movie - WINTER'S TALE, next to Colin Farrell, Will Smith and Matt Bomer!

CAITRIONA BALFE FOR THE LEAD ROLE
And as I've promised we finally have the lead actress for Starz new epic adventure show OUTLANDER! Gorgeous Irish top model Caitriona Balfe (NOW YOU SEE ME) will head the cast in the 16 episode series based on Diana Gabaldon's bestselling novels. As Deadline reports, she will play Claire Randall, a married combat nurse from 1945 who is mysteriously swept back in time to 1743. When she is forced to marry Jamie Fraser (Sam Heughan), a chivalrous and romantic young Scottish warrior, a passionate affair is ignited that tears Claire’s heart between two vastly different men in two irreconcilable lives. ROME's Tobias Menzies plays Claire's 20th century husband, while Graham McTavish (HOBBIT), Gary Lewis (BILLY ELLIOTT) and Duncan Lacroix (GAME OF THRONES) will play Scottish warriors, the uncles of Jamie Fraser.

And in other news from the epic genre today, this one is a bit stale but you won't mind: earlier this week it has been announced that Sean Bean has set the date for filming his new film ENEMY OF MAN for January! It will be a new take on Shakespeare's MACBETH described as a retelling of a timeless tale of war, regicide, betrayal and untimely revenge. Although 400 years old, Shakespeare’s work feels truly contemporary: An ambitious childless couple; their longing for family replaced by a chilling pursuit of absolute power. Remaining true to its dark heart, the film will strip back the dialogue, crank up the action and produce an atmospheric and blood-soaked chiller. Sean Bean will have a rather amazing company in the cast which also includes GAME OF THRONE's Charles Dance, British thespians Jason Flemyng and James D'Arcy, and HARRY PLOPPER's Rupert Grint! Another version of big screen MACBETH will also be seen next year with Michael Fassbender and Marion Cotillard.
Posted by DEZMOND at 11:59 PM