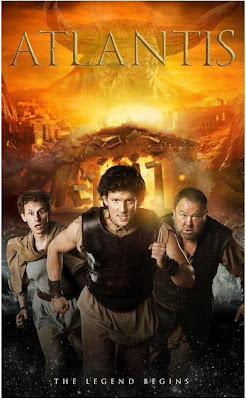 THE LEGEND BEGINS THIS FALL!
After irritating the hell out of the audience with a bunch of mindlessly short teasers (none lasted more than 5 to 6 seconds - it was one of their worst marketing campaigns ever), BBC has finally decided to show us a real longer trailer for their delightful new epic fantasy show ATLANTIS which will star airing later this month replacing the legendary MERLIN show which ended disappointingly last winter. You can check out the trailer below and get all the info on the story and the cast in today's 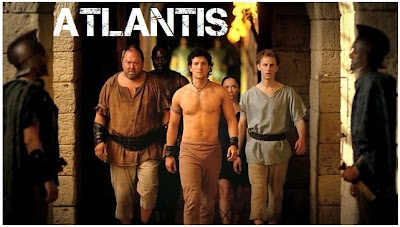 spotlight. The 13 part series will come to BBC America as well November 23rd!


THE STORY OF ATLANTIS
VOYAGE OF DISCOVERY
A fantasy drama set in a world of legendary heroes and mythical creatures is inspired by Greek mythology. Far from home and desperate for answers, Jason washes up on the shores of an ancient land. A 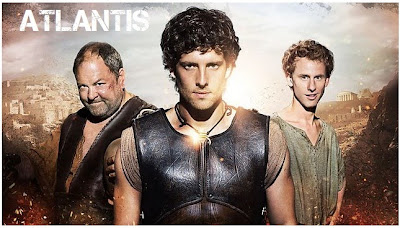 mysterious place; a world bull of leaping, of snake haired goddesses and of palaces so vast it was said they were built by giants - this is the city of ATLANTIS. Aided by his two new friends, Pythagoras and Hercules,

Jason embarks on a voyage of discovery, and salvation, which sees him brush shoulders with Medusa, come face to face with the Minotaur and even do battle with the dead.

JASON THE HERO
SEARCHING FOR HIMSELF
Jason (played by Jack Donnelly) has been searching for his father for twenty years without answer. Now his whole life is about to change.

He never felt he truly belonged to where he came from and thus he was always searching for something. 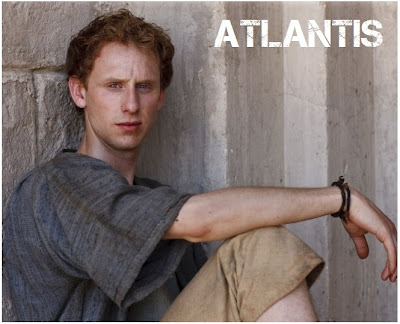 LAZY HERCULES
RELISHING BOREDOM
Unlike smart Pythagoras, Hercules prefers doing nothing, he once said - finding boredom in one's work is to be relished, it means you are 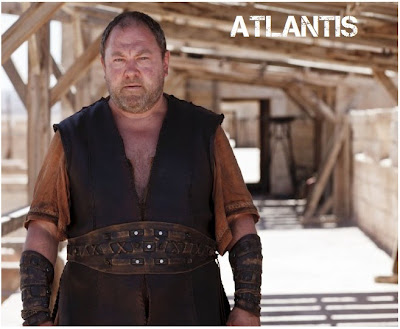 being paid to do nothing. Is he really the man of legend or just a figment of his own imagination? Played by GAME OF THRONES' Mark Addy!


ATLANTIS TIDBITS
BBC'S MOST EXPENSIVE
Since it was made to replace MERLIN, the new show is produced by the same people. Beside, Addy, Emms and young Donnelly (this is his first 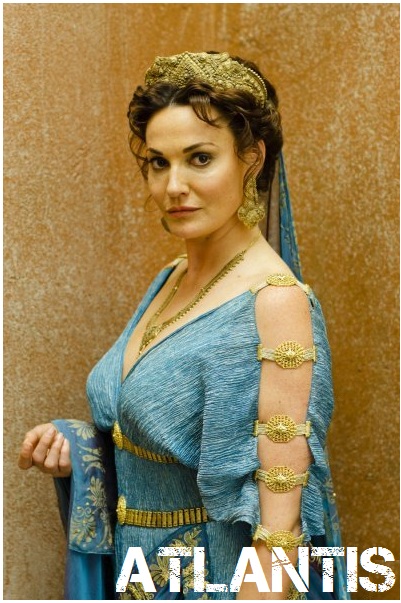 big role), the cast of ATLANTIS will also have Juliet Stevenson (as  the Oracle), Sarah Parish (as Pasiphae), Jemima Rooper (to play Medusa), Aiysha Hart (to play Ariadne),  Ciaran Griffiths (to play a 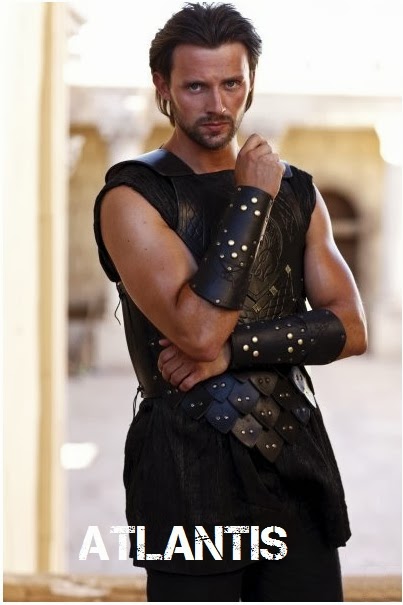 as the king! Filmed in Wales and Morocco, ATLANTIS is one of BBC's most expensive productions so far. Opposing the trend of irresponsibly 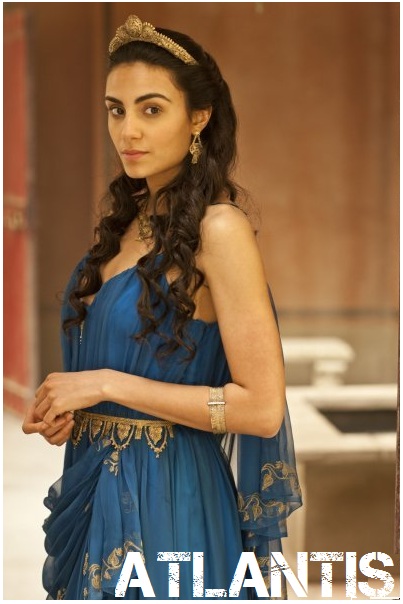 Could be good -- in a lighthearted, innocent, warm friendships sort of way.

we do love them lighthearted, warmhearted :) I just hope they have good stories, unlike MERLIN which became tiresome after the first season :(

I like the de-emphasis on violence and death. There's too much of that on TV now.

Great look , i like the special effects , nice trailer .
Cheers

This is weird, I don't want to watch the show. Usually, I feel pulled in by whatever you post but I don't think this one is my cup of tea.

I wish Jason would wash up on my shore.

Nice trailer! It should be good!

It's good to see Mark Addy again. Taking a look at this trailer, I think they just reused the Sinbad set pieces and that kind of disappoints me. I was also disappointed in how Sinbad ended. Meh...I guess I'm glad it wasn't renewed.

I'd say the same with Ariadne

Another great article. I haven't really watched much fantasy/historical series lately except for Games of Thrones but I would like to give this a try.

Hmmm, sounds interesting, but the trailer failed to capture my attention. I'll have to see what the consensus is after it airs.

I'm keeping my fingers crossed, but I don't hold out much hope for this one.

I'm glad they actually got some Greek-looking actors to be in a show based on Greek mythology. The mini series Odysseus from several years ago also had actors that really looked the part.

I think Atlantis is going to be good. I like the take on Hercules.

fully agreed, Debs, this is why Hollywood Spy always supports the shows which are family friendly

glad you enjoyed it, Vincent

better luck next time, Libby, plenty of us who will enjoy the show :P

there you go, we've found one for each :)

oh, Sinbad was such an atrocious show, I refused to watch it after second episode.
This one should be totally different. I just hope they have good stories.

should be good, for a family watching on Saturday nights this winter!

you have a newer version of ODYSSEUS too, Jay, the link is in the right sidebar :)

If it's a BBC production, I'm sure that it will be a good tv serie !!

it most certainly will be, Sam Wise!

that's always the best part of BBC shows :) No bad language, no open violence, no profanities :)

It's looks good. The BBC has been pumping out some pretty awesome shows.

Yay for the family suitable series!! Not a fan of the violent, graphic shows.

Will give it a punt but Merlin wasn't one of my favourites.

I liked the first 3 seasons as I think they maintained the charm of the relationship be Arthur and Merlin for that long.

I still wish this trailer had been longer as they didn't give enough to get a real "feel" for the show. But I remain hopeful and would like it to be something that I can escape into and feel happy while I'm there.

they do give us nice shows often

we do love them nonviolent!

compared to the idiotic teasers of five seconds that they've shown us before, this one could be called super long :P
I hope they will have good stories and won't stall too much with the plot like in MERLIN

yep, but it became irritating when they wouldn't reveal Merlin's magic to anyone and they kept it like they till the very end torturing us for five years :(

I wonder why they did such short trailers to start off with, so strange. You'd think they would want to capture people's attention right off the bat. I may have to give this show a try. It seems like something I would be interested in.

they were annoyingly short, like they show you a face in the darkness for two or three seconds and that was it.... I can't recall a more irritating campaign, but BBC always had bad marketing, they are giving us the first longer trailer and first pics only now, a few weeks before the airing...

Good article except I don't agree Merlin was "legendary". I found it overrated to be honest. But I am looking forward to Atlantis. I've always been fascinated with the legend and Greek myths.

glad you liked the article!
Yep, Merlin has problems with storytelling. But it still won the hearts of the crowd with two lead actors and delightful humour between them.