ON MARY QUEEN OF SCOTS
Are you ready for the new historical drama which starts airing this Autumn at CW? Epic series REIGN, following the early life of Mary Queen of Scots, during her stay at the French court where she was engaged to the French prince and the future king, will start its small screen life on October 17th in the Thursday evening slot after THE VAMPIRE DIARIES! HOLLYWOOD SPY has already introduced you to the show earlier, but today we're bringing you character pictures showing all the faces that will bring the drama into the Paris royal court.


THE STORY OF 'REIGN'
LOVE IS THE MOST DANGEROUS SUBJECT
Hidden between the lines of the history books is the story of Mary Stuart, the young woman the world would come to know as Mary, Queen of Scots. The teenage Mary is already a headstrong monarch ─ beautiful, passionate and poised at the very beginning of her rise to power. 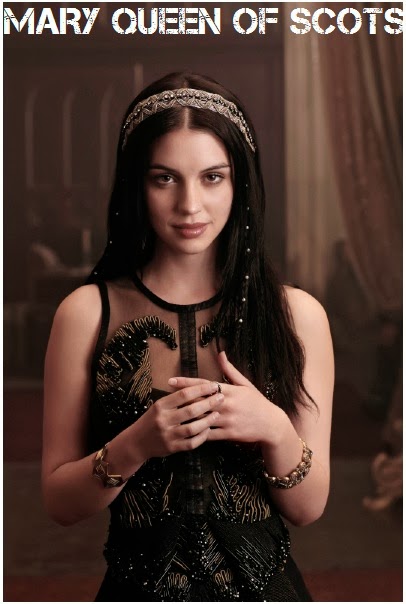 Arriving in France with four close friends as her ladies-in-waiting, Mary has been sent to secure Scotland's strategic alliance by formalizing her arranged engagement to the French king's dashing son, Prince Francis. 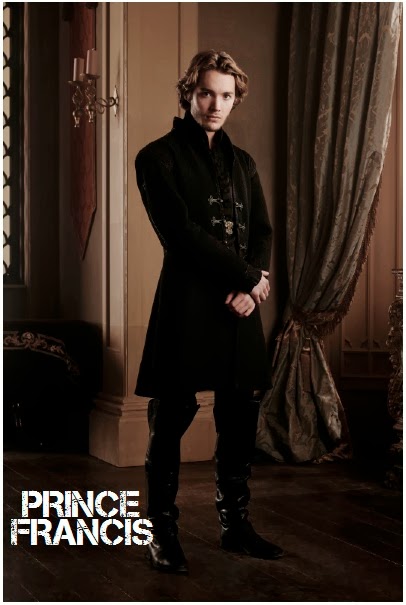 But the match isn't signed and sealed, it depends more on politics, religion and secret agendas than affairs of the heart. Prince Francis is intrigued by the fiery Scot, but like most young men, he resists the idea of settling down into marriage, especially when he has a history 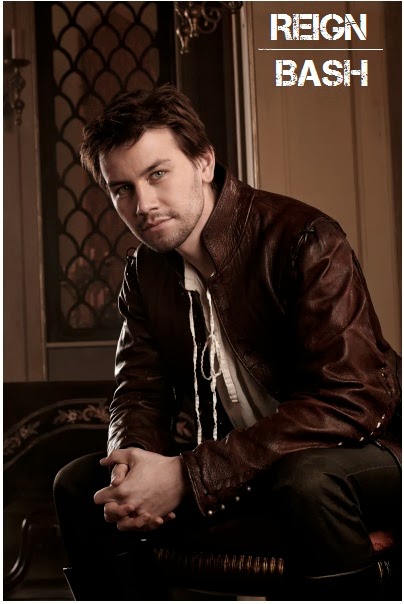 with a lady of the court and his own point of view on the wisdom of an alliance with Scotland. Still, an attraction between Mary and Francis is ignited.
Further complicating things is Bash, Francis' handsome, roguish half-brother, who has a history of his own ─ despite his illegitimate birth, Bash is his father's favourite. Though he is all too aware that Francis is the heir to the throne and Mary's intended, Bash soon 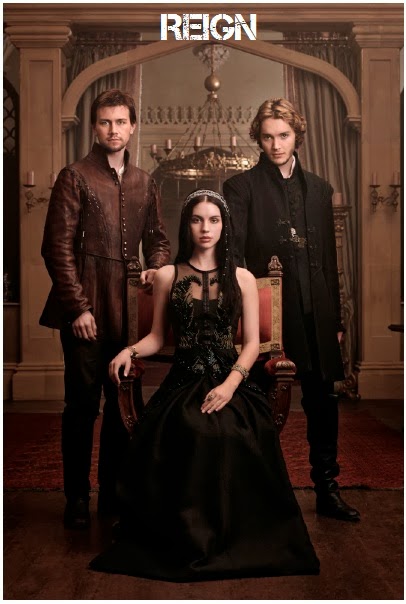 develops his own feelings for Mary. None of the intrigue at Court is lost on Francis' mother, Queen Catherine. The strong-willed Queen is aware of Mary's inflammatory effect on her son and his half-brother, just as 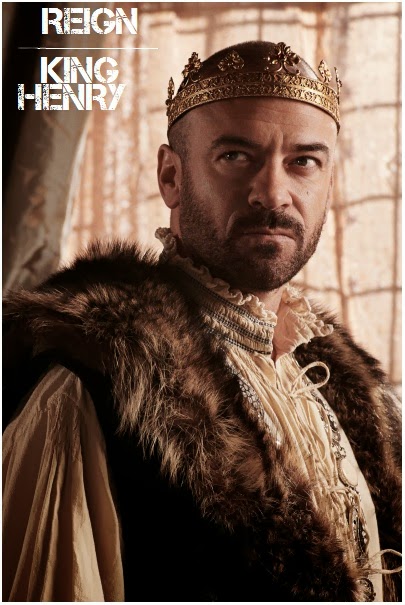 she is aware of the dalliances of her husband, King Henry, not only with his mistress, but with other ladies of the Court, as well. For guidance, Queen Catherine turns to her trusted advisor, the seer Nostradamus, who terrifies the Queen with his prophecy that marriage to Mary 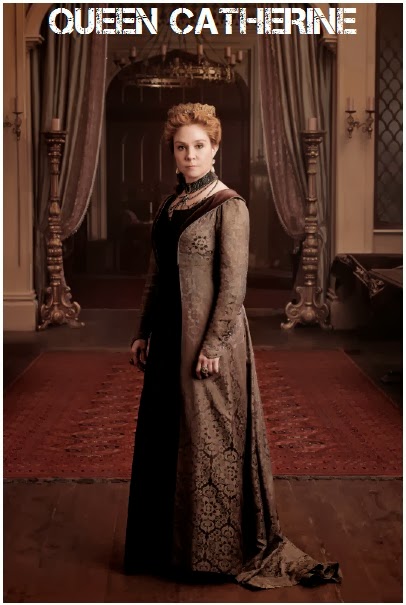 will cost Francis his life. Catherine is determined to save her son, no matter how many others have to pay with their lives.
As Mary learns for herself that fierce foes are conspiring to sabotage her marriage to Francis and even threaten her life, she becomes aware of other dark forces. There's a mysterious presence in the castle; a shrouded figure who may become her unlikely ally. 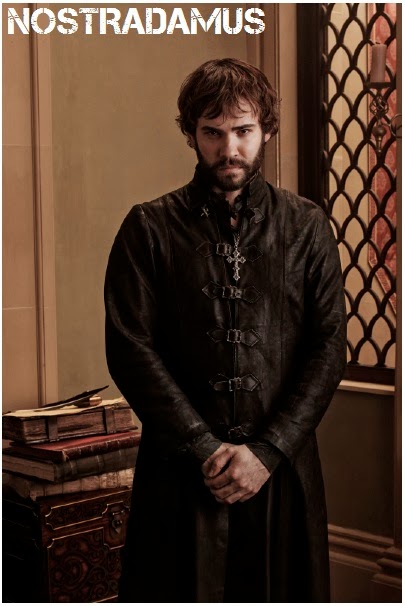 Villagers cope with the brutality of the times by trusting in magic and superstition. And in the dark woods surrounding the French Court lurk those who offer human sacrifice to a being who seems to require blood. 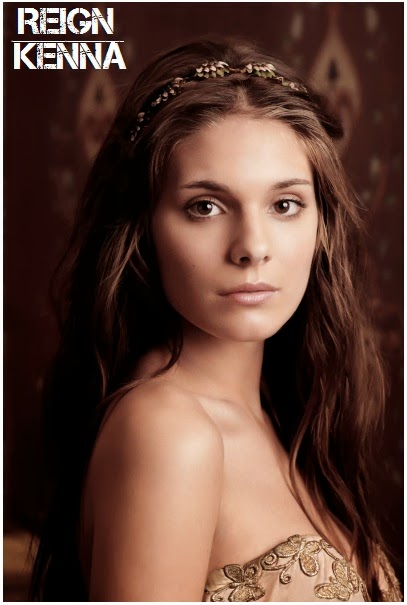 With danger and sexual intrigue around every dark castle corner, Mary rallies her ladies-in-waiting - Greer, Kenna, Lola and Aylee - and steels herself, ready to rule the new land and balance the demands of her country and her heart.


THE CAST OF 'REIGN'
AT THE FRENCH COURT 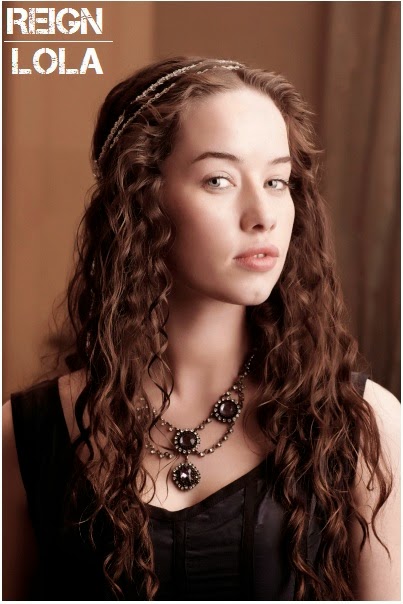 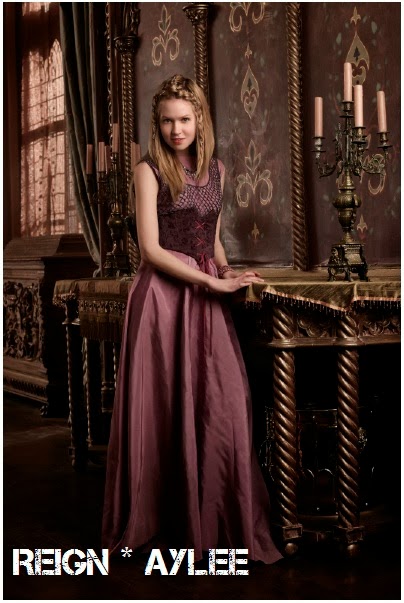 Latin heartthrob Manolo Cardona joins the cast as Tomas, the dashing Prince of Portugal. He’s playful and seemingly grounded though he may have a sinister, sadistic, and completely amoral soul. Meanwhile, Katie Boland will be Clarissa, a strange and almost feral young 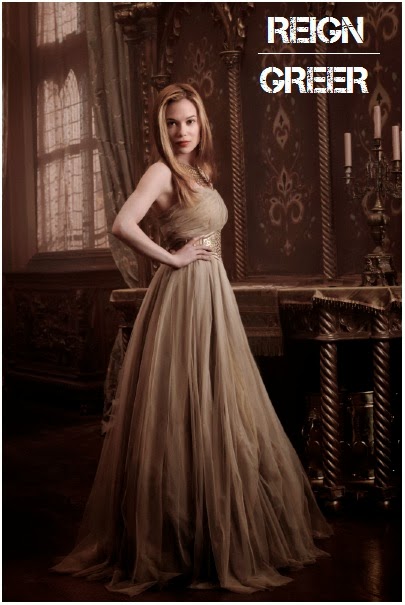 woman who hides in the shadows as her face is severely disfigured. Her past is a tantalizing puzzle that will reach out to change the lives around her in ways no one suspects! Luke Roberts will play Simon Westbrook, a charming but sinister English diplomat determined to destroy Mary!

This looks like another excuse for lots of sex scenes and soap opera in fancy clothes.

Anna Popplewell... wow she is more adorable, the only problem I see with this program is it is on "CW". Now I might feel better if on BCC, I don't think American audience appreciate this type of genre... well it might last longer, though as always you have the grand coverage!

all of it's ladies are beautiful

I currently have problem with the 'fancy clothes', I don't like them in the trailer, they seem a bit amateur done, but I hope they will look better in the show itself

I think CW is trying to make history cool to the teen audience which is why they've chosen pretty modern looking faces. I think it could actually be a huge hit, but I'm not sure if it will be good enough for us 'more mature' viewers :)

the gents aren't bad either :)

Based on the photos and trailer, it is going to be very pretty. I don't know if I'll make it a habit, but my wife might.
Thanks!

I do agree that it is being made mostly for female audience :) Fingers crossed the plot isn't too sugary...

Very intriguing and what a beautiful cast.

hope it will be good when it stars airing, Sandra

What a plot, what intrigues ~ Beautiful cast and trailer ~ Thanks Dezzy ~

I'm not 100% sold on this one. I like historical epics and don't mind if they play a little fast and loose with facts, but I think this one may be too far off the mark. Perhaps it should just be looked at as a pretty show with pretty young people written for young people. We shall see. I await your verdict darling :)

glad you like it, Grace, fingers crossed they don't disappoint us :)

I have my reservations too, dear. So far I positively despise the costumes seen in the trailer. They look as if they were done by a 15 year old girl. And I don't like the hairdos either. But the plot could be interesting. Keeping my fingers crossed.
ATLANTIS already disappointed me this weekend. It was so weak and cliched and offered nothing new nor charming. It had an extremely cheap look to it, like the shows from the 90s.

glad you like it, Phil, thanks for visiting the spy :)