'THE BOOK THIEF'
GEOFFREY RUSH, EMILY WATSON
I've decided to delight you today with spotlights on a few of the very inspiring and touching dramas coming to cinemas this Autumn. The ones that will touch your heart and 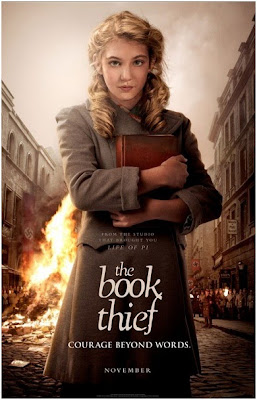 replenish your soul. Starting with deeply moving THE BOOK THIEF the movie adaptation of Markus Zuzak's novel THE BOOK THIEF which will open up in theatres this November starring Geoffrey Rush! This drama tells the inspirational story of a spirited and courageous young girl who transforms the lives of everyone around her when she is sent to live with a new family in World War II Germany. Geoffrey Rush and Emily Watson play her adoptive parents whose lives, together with their whole German town, will change forever when she begins stealing books and sharing them with others! 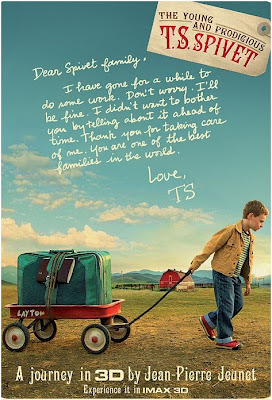 movie from the brilliant directer Jean Pierre Jeunet (AMELIE, DELICATESSEN, THE CITY OF LOST CHILDREN) in which the story revolves around a 12-year-old cartographer who secretly leaves his family's ranch in Montana where he lives with his cowboy father and scientist mother and travels across the country on board a freight train to receive an award at the Smithsonian Institute. Adorable little Kyle Catlett leads the cast which also includes Helena Bonham Carter, Judy Davis, Robert Maillet and Niamh Wilson! The $33 million movie is scheduled to open in European cinemas this Autumn!

MR. PIP POWERFUL DRAMA
WITH HUGH LAURIE IN LEAD ROLE
And the last of the inspiring and touching trailers today is for another powerful drama MR. PIP starring Hugh Laurie! It is a movie adaptation of a worldwide bestseller from Lloyd Jones and should open up in cinemas this November. As a war rages on in the province of 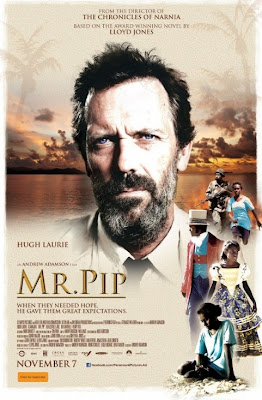 Bougainville in Papua New Guinea, a young girl becomes transfixed by the Charles Dickens novel Great Expectations, which is being read at school by the only white man in the village. Mr Watts is the only white man left on the island after the blockade. He opens the school and introduces the children the 'Great Expectations.' Matilda, the teenage narrator finds comfort in the story of a Victorian orphan when her own world is falling apart. The Redskins, an army sent to destroy the local rebels are getting closer. Matilda writes 'Pip' in the sand. This simple act leads to terrible consequences when the Redskins suspect Pip to be a rebel leader and demand he be brought before them.
Posted by DEZMOND at 11:59 PM