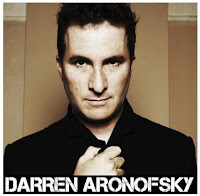 Talented Darren Aronofsky (REQUIEM FOR A DREAM, THE FOUNTAIN) has agreed to direct MACHINE MAN, a film based on an unfinished novel byMax Barry, in which the story centers on a tech-savvy engineer who is obsessed with self-improvement so he decides to replace his body parts with state of the art titanium upgrades but comes to learn that several organizations want to use him to serve their own agendas. Aronofsky will do this film after he finishes WOLVERINE II. 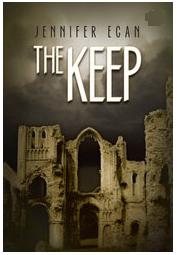 Niels Arden Oplev (THE GIRL WITH THE DRAGON TATTOO) is going to direct THE KEEP, based on Jennifer Egan's bestseller. Set in Eastern Europe THE KEEP brings a story within a story about two cousins with a shared secret who reunite to renovate a legendary haunted medieval castle that turns dreams and nightmares into reality.

Today, you can check out the super exciting and ultra dynamic trailer for the underwater thriller SANCTUM produced by James Cameron which comes to cinemas next February. It follows a team of underwater cave divers on a treacherous expedition to the largest, most beautiful and least accessible 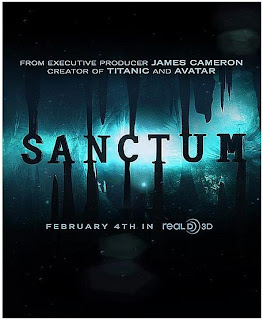 cave system on Earth. When a tropical storm forces them deep into the caverns, they must fight raging water, deadly terrain and creeping panic as they search for an unknown escape route to the sea. With dwindling supplies, the crew must navigate an underwater labyrinth to make it out. Soon, they are confronted with the unavoidable question: Can they survive, or will they be trapped forever? The cast is lead by two amazing gentlemen Richard Roxburgh and Ioan Gruffudd.