Period thriller THE RAVEN, directed by James McTeigue, which HOLLYWOOD SPY has written before, has got new, very pretty cast members: young Luke Evans and Alice Eve. Evans will play a detective who partners with Edgar Allan Poe (played by John Cusack) to search for a serial killer who has kidnapped the author's fiancee (Alice Eve) and has gone on a murder spree that mimics the author's work. The film will be partly shot in Serbia as well :) 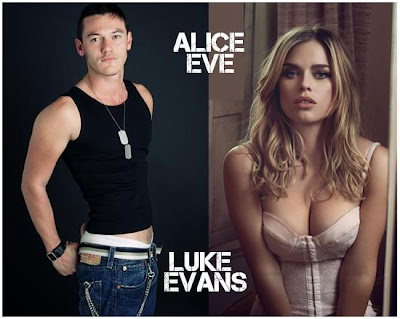 One of my favourite directors, visual genius Tarsem Singh, who is currently working on his Greek epic IMMORTALS with Henry Cavill, Freida Pinto and Mickey Rourke, has just been offered a new gig - to direct THE BROTHERS GRIMM: SNOW WHITE. This would be a tale more connected with the 500 year old folk tale than with the Walt Disney's story. As you know, Universal is also making their version of the tale SNOW WHITE AND THE HUNTSMAN and the two rival projects are apparently trying to get Natalie Portman, Anne Hathaway, Scarlett Johansson and similar actresses for their leads. 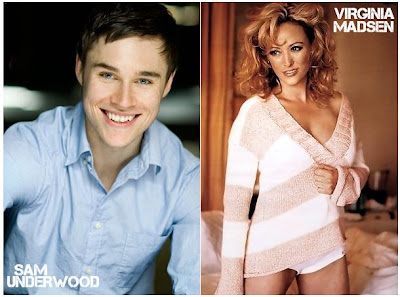 According to "Hollywood Reporter" THE ART OF LOVE, a fantasy teenage romance, has got itself a quite respectable cast. Based on a book by Claude Dal Farra THE ART OF LOVE will see Olympia Dukakis and Virginia Madsen playing the last survivors of an ancient line of goddess worshipers, who sell art at a shop run by Madsen's husband (Aidan Quinn). When their teenage daughter falls in love with a poetically inclined boy (Sam Underwood), she begins to develop magical powers of her own. 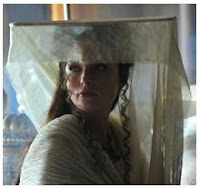 "Beyond Hollywood". We've already seen the pictures depicting Jason Momoa as the brave barbarian hero, but now, beside some pics of warriors, you can also see a glimpse of gorgeous Rachel Nichols who plays a queen's servant who is also, quite conveniently, skilled in martial arts, and will off course be Conan's love interest :) Directed by Marcus Nispel the film also stars Ron Perlman and Rose McGowan this time as the naughty villain.