INTERVIEW WITH THE AUTHOR OF SF NOVEL "CASSASTAR": ALEX J. CAVANAUGH WANTS JAMES CAMERON TO DIRECT "CASSASTAR" AND SAYS THE SECOND BOOK WILL HAVE A FEMALE HERO!

The long awaited launch of Alex J. Cavanaugh's sf book CASSASTAR is finally happening today, and HOLLYWOOD SPY had the honour to get an exclusive interview with the writer himself. I' ve asked him a few questions about the book and 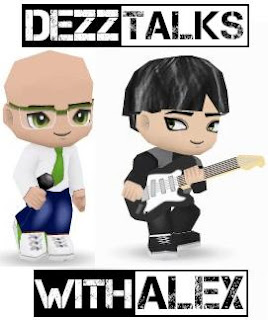 about the influence of films on his writing since we know how much Alex loves movies and cinema.

DEZZ:WHICH MOVIES HAVE INSPIRED YOU AS A WRITER? AND HOW HAVE FILMS INFLUENCED CASSASTAR?
ALEX: Science fiction films such as "Star Wars", "Aliens", and "Serenity" influenced me. The original series "Battlestar Galactica" was a big influence on CASSASTAR. "Raiders of the Lost Ark" had a big impact on me. I was enthralled by the action and fast-paced adventure. I enjoy a movie with a fast pace, but it must possess heart as well. I wanted both of those aspects in my novel and I hope I achieved a good balance.

DEZZ:DO YOU THINK THAT WRITERS CAN LEARN FROM MOVIES?
ALEX:Yes, they can learn a great deal about pacing. Scenes might move faster in movies, but writers can still gauge the pacing of their story by watching films of their genre. How is tension maintained? What else is occurring during dialogue? How are scenes pieced together? We often learn what doesn’t work as well.

DEZZ:SINCE SF BOOKS ARE OFTEN INTERESTING TO FILM PRODUCERS, WHICH DIRECTORS AND ACTORS WOULD YOU LIKE TO SEE WORKING ON CASSASTAR FILM ADAPTATION?
ALEX:Tough question, Dezz! James Cameron comes to mind first, as he knows how to handle science fiction - action movies better than any other director. Guillermo del Toro would also be a fine choice, as would Christopher Nolan. Even Steven Spielberg would do well with the material. 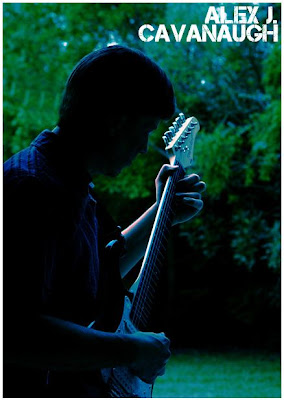 Now, as far as actors… can I just wave a white flag now? The only actor who comes to mind for Bassa is Sean Bean. (He’d have to be in shape, too.) Needs to be someone with authority and a wry sense of humor. Byron’s even more difficult. Chris Pine (Kirk in the new "Star Trek") has the cockiness, although he’s a bit old for the role and possibly too light-hearted. Skander Keynes (Edward in the "Narnia" movies) is closer to the correct age and possesses the intensity.
I guess as long as the actor never played a vampire at any point in his career, I wouldn’t protest too hard!

DEZZ:HOW MUCH OF YOUR PERSONALITY AND YOUR LIFE DID YOU PUT IN THE BOOK THROUGH THE PLOT AND CHARACTERS?
ALEX:Dezz, didn’t you know? I’m really a Cassan… Just kidding!
Actually, very little. The main two characters were created when I was in my teens, and each possessed characteristics I admired. My original inclination was to say I am more like Byron, but Bassa’s steady nature is closer to my own. We’re both perfectionists, disciplined, organized, and reserved.
And while flying a Cosbolt sounds exciting, truth is - I hate to fly!

DEZZ:WHAT WOULD YOU LIKE YOUR READERS TO THINK AFTER THEY FINISH READING THE LAST SENTENCE IN CASSASTAR?
ALEX:"Everyone on my Christmas list is getting this book!"
Seriously though, I want them to regret the story ends. I hope readers enjoy the ride and connect with the characters, feeling their struggles and growth.
I also hope they think that it would make a great movie!

DEZZ:WHAT KIND OF BOOK WOULD YOU LIKE TO WRITE IN THE FUTURE?
ALEX:In addition to science fiction, I’d like to venture into fantasy. I enjoy it even more than science fiction sometimes. As a "Dungeons and Dragons" geek, I can see lots of potential in this genre.

DEZZ:WHAT CAN WE EXPECT IN THE SECOND PART OF CASSASTAR?
ALEX:I’m working on a sequel, adding twists and turns to the storyline. It will begin twenty years after CASSASTAR ends and introduce a female lead. (Yes, you read that correctly!) Between the story’s main conflict and this female character, Byron will find his abilities stretched yet again!


CASSASTAR BY ALEX J. CAVANAUGH
Few options remain for Byron. A talented but stubborn young man with a troubled past and rebellious attitude, his cockpit skills are his only hope. Slated to train as a Cosbolt fighter pilot, Byron is determined to prove his worth and begin a new life 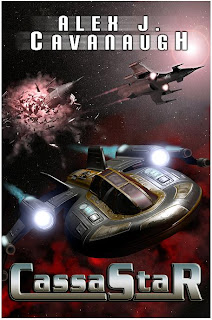 as he sets off for the moon base of Guaard.
Much to Byron’s chagrin the toughest instructor in the fleet takes notice of the young pilot. Haunted by a past tragedy, Bassa eventually sees through Byron's tough exterior and insolence. When a secret talent is revealed during training, Bassa feels compelled to help Byron achieve his full potential.
As war brews on the edge of space, time is running short. Byron requires a navigator of exceptional quality to survive, and Bassa must make a decision that could well decide the fate of both men. Will their skills be enough as they embark on a mission that may stretch their abilities to the limit?
Posted by DEZMOND at 12:00 AM