Ah, bad news people, it seems that amazing director Shekhar Kapur (ELIZABETH, ELIZABETH THE GOLDEN AGE, FOUR FEATHERS) won't be helming the adaptation of LARKLIGHT by Philip Reeve. Tomas Alfredson (LET THE RIGHT ONE IN) will be the new director of this fantasy epic set in a Victorian era alternate universe in which mankind has been exploring the solar system since the time of Isaac Newton. The story revolves around a brother and sister who team with a band of renegade space pirates to save the world from destruction at the hands of a madman. Warner Bros. has scheduled the movie for 2013. 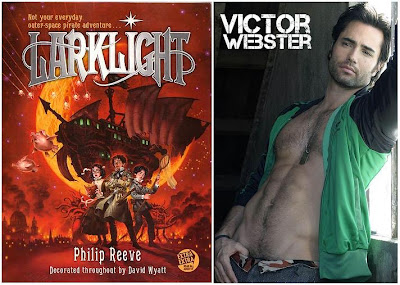 Fun Egyptian epic THE SCORPION KING will get a new sequel SCORPION KING: RISE OF THE DEAD, but it will be a straight-to DVD flick. Starring CASTLE's hunky Victor Webster in the lead role, the film will see our hero Mathayus taking on impenetrable bad dudes in the wilds of the Northern Tribes in 3000 BC. 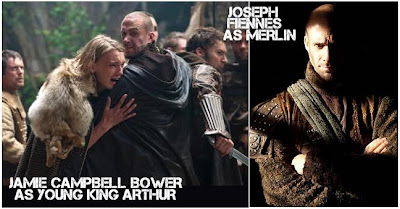 And check out the first pictures from the amazing new historical show CAMELOT (to be aired on STARZ in US and on CHANNEL4 in UK) which is coming out next year and will bring an exciting, dynamic and sexy new take on the famous Arthurian legends starring James Purefoy as evil King Lot, Clive Standen

as Gawain, Jamie Campbell Bower as young King Arthur, Tamsin Egerton as gorgeous Queen Guinevere, Joseph Fiennes as the more active Merlin, Claire Forlani as Queen Igraine, Eva Green as wicked Morgana le Fey... If you check out the video bellow about the original and new series coming to or airing on STARZ, after SPARTACUS, PILLARS OF THE EARTH and others you will see a short but intriguing look into CAMELOT as well :)