Ah, here it is finally, the first official picture of Chris Evans as CAPTAIN AMERICA THE FIRST AVENGER has appeared on the cover of next week's ENTERTAINMENT WEEKLY! Well, he does look positively dashing, even though we can't see the whole costume. How do you like it? 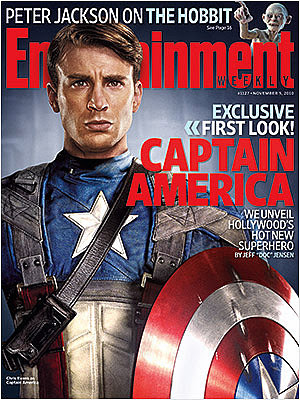 Talented Paul Haggis might direct the English version of the Spanish film CELL 211. This critically acclaimed film centered on a newly hired prison guard who wants to make a good impression on his bosses, when he leaves behind his pregnant wife and comes in a day early to get a tour of the facility. When a brutal prison riot breaks out, he is knocked unconscious and when he awakens, the guard is forced to assume the role of a prisoner alongside the most dangerous killers alive. He tries to defuse the uprising and escape before the prisoners realize who he really is. 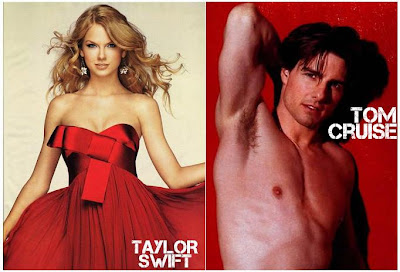 Oh, what a strange, strange combination: Tom Cruise has been offered a supporting role in ROCK OF AGES, a film based on the hit Broadway musical, in which country star Taylor Swift will take the lead role. With the sound of 80's pop and rock classics, the film itself will follow a young rocker and a small town girl chasing their dreams in L.A. and Cruise might play a bartender mixing them some cocktails :)
Posted by DEZMOND at 2:01 PM