Our, IT'S CHIC TO BE GEEK poll is over, which off course doesn't mean being geek isn't chic anymore. Geeks remain cool forever! Because it's better being smart, goofy and charming than handsome and shallow. Do you agree? :) And who's the winner? Well it's no one else but that 70's guy Topher Grace with amazing 41% of your votes. 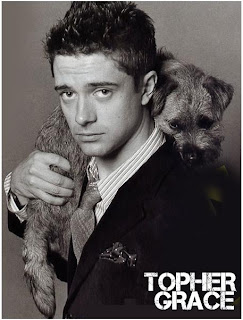 He left equally charming Christopher Gorham in the second place with 24% of votes. The list continues with Zachary Levi (10%) and Adam Brody and John Krasinski (both with7% of votes).

Now, I'm guessing it was kinda expectable that Topher would win this poll. THAT 70'S SHOW, with him as the main star, really was hugely popular all around the world and after the show ended Topher has continued with the successful movie career. Being always adorkable and charismatic, seducing the ladies with his green puppy eyes and winning over guys with his humour, Topher Grace had great romantic roles in IN THE GOOD COMPANY (with Scarlett Johannson and Denis Quaid) and VALENTINES DAY, but he was also an action hero in SPIDERMAN III and PREDATORS. We will be watching him in KEEP COMING BACK with Milla Jovovich and in Curtis Hanson's TOO BIG TO FAIL next year. 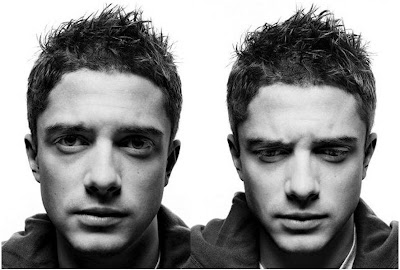 It's interesting that Topher is exactly three months younger than your HOLLYWOOD SPY :), that he started his career in musicals, Topher is just the short form of his real name Christopher, actress Chloe Sevigny was his babysitter when he was a kid, he gained 24 pounds of muscle for the role of Venom in SPIDERMAN. 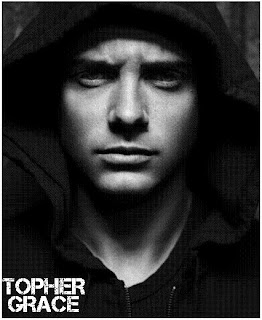 Now since we've proclaimed our favourite geek, let us find THE BEST LIVING ACTRESS. Next two weeks you can vote as much as you like for these four ultra talented, heavenly gifted, breathtakingly expressive, mind-blowingly gorgeous, stunningly omnipotent, otherworldly almighty thespians: Judi Dench (AS TIME GOES BY, NOTES ON A SCANDAL, CHOCOLAT, IRIS, MRS BROWN), Cate Blanchett (ELIZABETH, LORD OF THE RINGS, NOTES ON A SCANDAL, BENJAMIN BUTTON, CHARLOTTE GRAY, THE GOOD GERMAN), Meryl Streep (JULIE AND JULIA, CRAMER VS CRAMER, DOUBT, OUT OF AFRICA, THE DEVIL WEARS PRADA, THE HOUSE OF THE SPIRITS) or Kate Winslet (TITANIC, THE READER, LITTLE CHILDREN, QUILLS, IRIS, HEAVENLY CREATURES, HAMLET). Those are the four ladies who deserve an Oscar for each and every of their roles. Who's your favourite among them?
Posted by DEZMOND at 10:02 PM