A $120 MILLION "THE SCARLET PIMPERNEL" PERIOD ADVENTURE WITH NEIL JACKSON. EDWARD NORTON SAYS HE'S NOT THE RIDDLER IN THE NEW BATMAN. FRAN DRESCHER GETS HER OWN TALK SHOW!

I don't know about you, but I've always loved Fran Drescher a lot. I grew up with THE NANNY and I also loved LIVING WITH FRAN. Well, now Fran might get her own talk show. She has been handed a three-week pilot run this November and if her talk 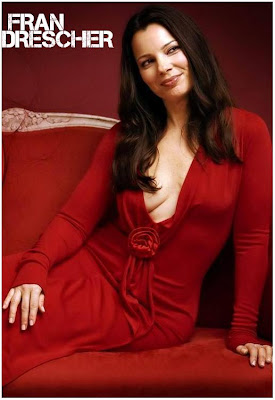 show scores success Fran will get a national debut later next year. Here's what lovely Fran said about it: "I'm thrilled to be able to bring THE FRAN DRESCHER  TAWK SHOW to daytime TV, which fits me hand in glove. It will cover all of my passions, everything from pedicures to politics. America will have a chance to see the real Fran Drescher, beyond The Nanny. I'm the girl next door, a self-made woman who has been to hell and back a few times".

It seems we shall soon get a new expensive period adventure. According to "Hollywood Reporter" popular novel THE SCARLET PIMPERNEL, will be adapted into a $120 million movie to be shot next year in Eastern Europe (hope it's my headquarters :)) with charming British actor Neil Jackson in the lead role. The story itself is set during the Reign of Terror following the start of the French Revolution and was an inspiration to all other later masked superheros like Zorro for example. 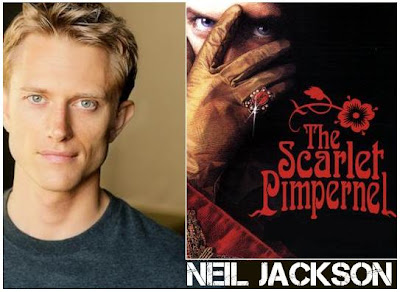 Now, you all know how I have a very low opinion on Nolan's BATMAN, but it's always interesting hearing rumors about who could become a new superhero or a villain. And there were many rumors about who could play villains in the third installment of the DARK KNIGHT saga. Well, Edward Norton has just denied that he's vying to play The Riddler according to "Aceshowbiz". 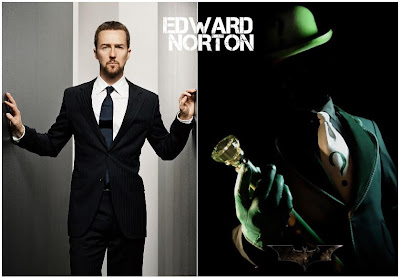 Although there were many speculations that he could play the crazy freak obsessed with riddles, he says the studio hasn't even approached him with an offer. As you remember Joseph Gordon Levitt and Tom Hardy are also among the actors rumored to be possible stars who will portray the Riddler. There are also some rumors about Killer Croc being one of the villains in the new BATMAN.
Posted by DEZMOND at 1:29 PM