I'm guessing it is rather unusual for December to be month of laughter in cinemas rather than the month of fantasy, epic drama and festivity, but this December will be filled with movie comedies. Check them out.


THE GUILT TRIP
Now, you may like this one, or hate it due to its cast immediately, choose yourself. THE GUILT TRIP opens up in theatres right on Christmas, so if 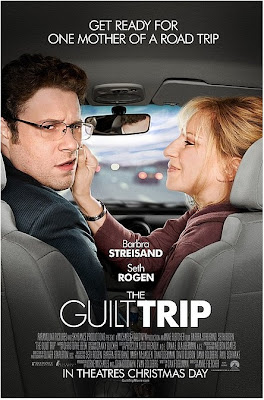 you're in the mood to spend the holy day with Barbra Streisand and Seth Rogen, you might like this story about Andy Brewster (Seth Rogen) an inventor who lives in Los Angeles. He’s come up with an amazing organic cleaner but can’t get anyone interested in manufacturing it. Andy plans a business trip to promote the product and decides to take his recently widowed mother (Barbra Streisand) along for the ride. She’s been despondent since his father died, so he comes up with a great idea — during the trip he’ll surprise her with a stop in San Francisco, where one of her ex-flames lives.The cast also includes Colin Hanks, Adam Scott and Yvonne Strahovski. 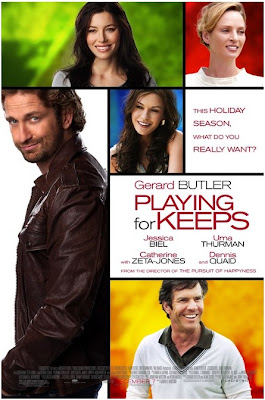 But if you want a film with a cast which you fall in love with, the one to chose on December 7th is PLAYING FOR KEEPS with Gerard Butler and gorgeous Catherine Zeta Jones. This is a romantic comedy about a charming, down-on-his luck former soccer star (Butler) who returns home to put his life back together. Looking for a way to rebuild his relationship with his son, he gets roped into coaching the boy’s soccer team. But his attempts to finally become an “adult” are met with hilarious challenges from the attractive “soccer moms” who pursue him at every turn. PLAYING FOR KEEPS is directed by Gabriele Muccino, the director of "The Pursuit of Happiness" and also stars Uma Thurman, Jessica Biel, Dennis Quaid. 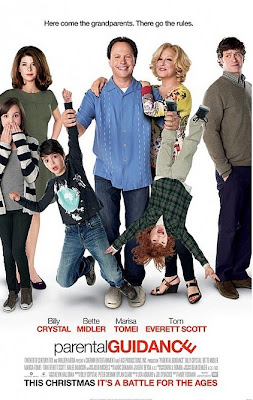 If this December will put you in the mood for something more family oriented, you have delightful PARENTAL GUIDANCE opening on the Christmas day as well. Charming couple Bette Middler and Billy Crystal star in the story of  old school grandfather Artie, who is accustomed to calling the shots, but meets his match when he and his eager-to-please wife Diane agree to babysit their three grandkids when their type-A helicopter parents go away for work. But when 21st century problems collide with Artie and Diane’s old school methods of tough rules, lots of love and old fashioned games, it’s learning to bend - and not holding your ground - that binds a family together! 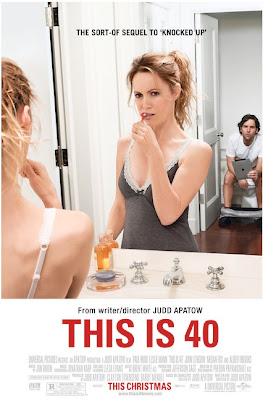 And here's something that has both parental problems in the plot and great actors in the cast. Hilarious comedy THIS IS 40 is ready to hit cinemas on December 21st starring Paul Rudd and Leslie Mann. They are playing Pete and Debbie from the blockbuster hit "Knocked Up" as we see first-hand how they are dealing with their current state of life. Directed by hit director Judd Apatow this comedy movie also stars always delightful Melissa McCarthy in a rather hilarious role, legendary actor John Lithgow, popular comedian Jason Segel, gorgeous Megan Fox and Lena Dunham.
Posted by DEZMOND at 12:00 AM