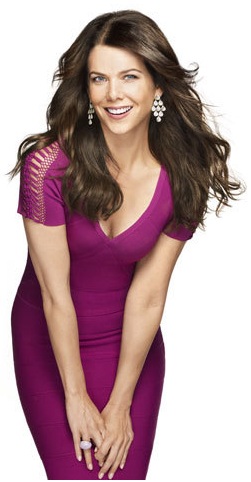 Lots of television news, my people, today: super adorable Lauren Graham from GILMORE GIRLS will be one of the guest stars in Matthew Perry's new hit sitcom GO ON. Lauren, who is privately a long time friend with the ex FRIENDS star, will play a former co-worker of Perry's character. NBC's GO ON, in which Perry plays a sports talk radio host and a member of a "life change" support group, has had very high ratings since it premiered earlier this season.Meanwhile, ABC is preparing their first steampunk show! Titled GASLIGHT, it will be a lavish soap opera of passion, greed and hope set in a present-day Steampunk World in which three rival families battle for power and redemption in a re-imagined San Francisco.


HOLLYWOOD SPY HEADLINES
In other television updates today, BATTLESTAR GALACTICA producers are planning to make a TV show out of A KNIGHT'S TALE. Similarly to the popular film, it will also be a fun adventure and a medieval fantasy incorporating modern music and themes that follows the journey of a

young man who starts out impersonating a knight of the realm and ends up becoming one. As I reported before, ABC will also have A KINGDOM FAR AWAY fantasy series following a quirky family surviving together on a lawless frontier, a magical land where monsters are real, and one young woman’s unlikely destiny is about to change their lives forever. Another successful show, NBC's REVOLUTION, which had the highest ratings in three years at the network, has added lovely Kim Raver(I adored her in LIPSTICK JUNGLE) to the cast. In the story which follows a group of people who are trying to survive in a world which has suddenly been left without all energy sources, Kim will play a mysterious, but pivotal character.


THE FIRST TIME TRAILER
The only trailer I have for you is for teenage drama THE FIRST TIME, which hits cinemas later this month and follows Dave, a high 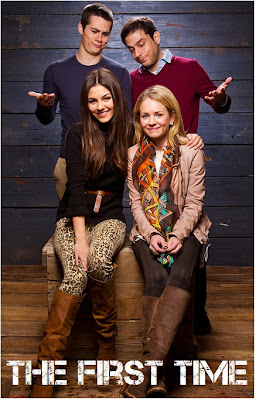 school senior who spends most of his time pining away over a girl he can't have. Aubrey, a junior with artistic aspirations, has a hot boyfriend who doesn't quite understand her or seem to care. Dave and Aubrey meet one night at a party. A casual conversation sparks an instant connection, and, over the course of a weekend, things turn magical, romantic, complicated and funny as Aubrey and Dave discover what it's like to fall in love for the first time. The cast includes Dylan O'Brien, Britt Robertson, Craig Roberts, Maggie Elizabeth Jones, Lamarcus Tinker, Christine Taylor, Joshua Malina, Victoria Justice.
Posted by DEZMOND at 12:00 AM