You are already informed about the epic mini series WORLD WITHOUT END, but I'm spotlighting it again since it is about to start airing over at Reelz in USA this month. It's already airing in Canada, and I myself have 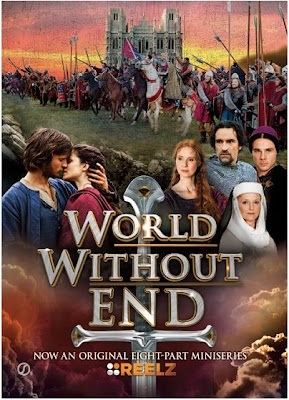 seen three episodes so far. So far it is worth watching. It is maybe overly similar to its prequel THE PILLARS OF THE EARTH being filled with evil monks, corrupted priers, bridges, bloodthirsty lords and witches being publicly killed, but it does have lovely sets, especially the landscapes, rather nice costumes and the story is dynamic so far. The best part is that, similarly to the previous series (WORLD WITHOUT END is set 200 years after the events in PILLARS, and both series are based on Ken Follett's famous historical novels) the series will probably yield a number of talented young actors.

PILLARS gave us Eddie Redmayne, David Oakes and Sam Claflin, while the new series has notable performances from a bunch of rather charismatic young actors from brilliant Blake Ritson (who truly 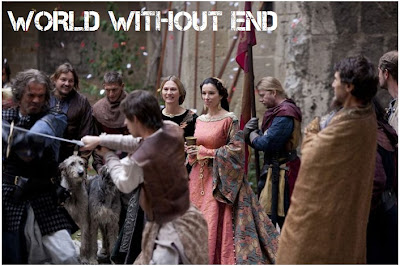 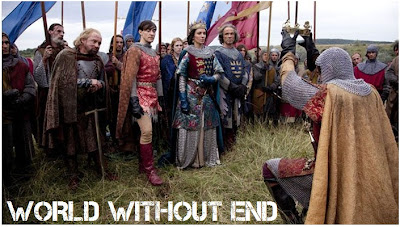 lives of noblemen and the villagers, plays an honest farmer). Cynthia Nixon and Miranda Richardson, alongside Ben Chaplin and Rupert Evans are also on top of their tasks. My only problem is shockingly talentless Charlotte Riley in the lead role of Caris. 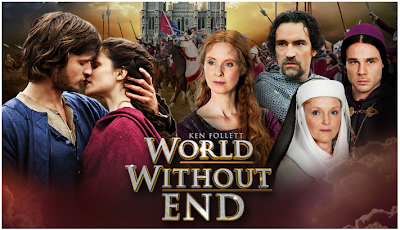 I'm really not sure how she was chosen for the role, but her performance was, so far, deeply unappealing, bland and cold. She was expressionless and empty even in some of the most emotional scenes in the plot. She is definitely one of the worst cast roles ever seen on TV.

A paid assassin is sent to murder a king. A mysterious knight flees to the countryside, hotly pursued by the Queen's men. Two teenagers witness an incident in the woods that will change the course of a nation. In the thriving town of Kingsbridge, the latest marketplace gossip is the strange circumstances of the King's death. The civil war is over, Kingsbridge's economy is robust and merchant coffers are full.
All is well in Kingsbridge until the two noble young men bring their wounded knight to the Priory to be doctored. Sir Thomas Langley surprises all by buying his sanctuary in the Church as a humble monk using a dowry from the Queen. What could he possibly have on Queen Isabella to warrant such support? Without warning, Kingsbridge seems suddenly under siege. The Queen's ardent supporter, Sir Roland, marches in and usurps the Earldom of neighbouring Shiring, condemning the reigning lord to 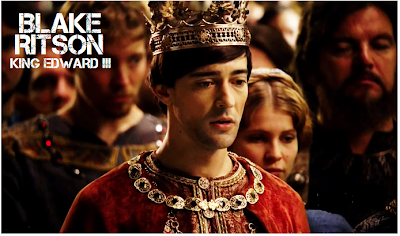 death as a traitor. Roland's list of men, who supported the old King against Her Majesty is long – and they will all hang. The rest must pay dearly in taxes to support her claim to the French Crown - marking the beginning of the 100 Year War. 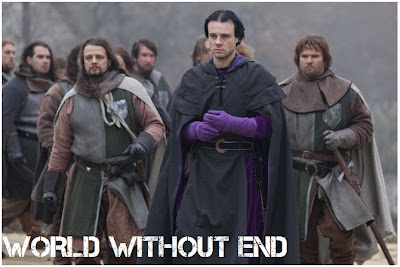 Caris, a visionary young woman, struggles to rise above the suffering and oppression in order to lead her people out of the dark times. In order to save Kingsbridge, Caris, along with her lover Merthin and Sir Thomas Langley, build a community that stands up to The Crown and 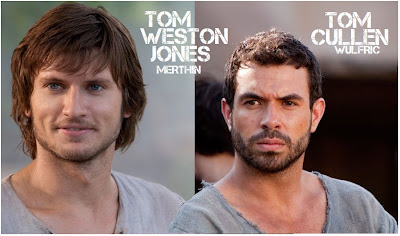 The Church. Their courage inspires a nation and throughout Europe commoners and peasants stand up for their rights and revolt against their oppressors - a new age emerges.

WORLD WITHOUT END CAST
The mini series is being directed by famous Michael Caton Jones from ROB ROY and BEYOND THE GATES and produced by the producers of THE TUDORS and THE BORGIAS and Ridley Scott and his brother Tony Scott. The book itself has been a huge bestseller in 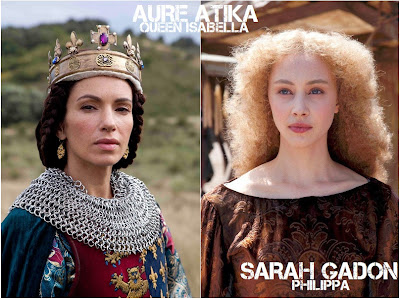 more than 30 countries around the world! The rich and complex cast is being lead by a number of famous names as the story again mixes the stories of the common people and the noble ones: Cynthia Nixon from SEX AND THE CITY plays Petranilla, British star Ben Chaplin plays 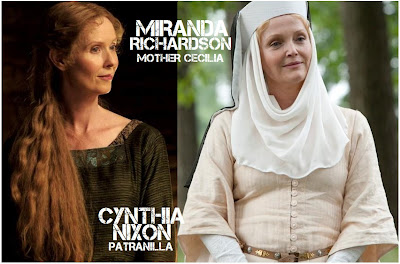