A film which is currently being shot over in UK, DOM HEMINGWAY with Jude Law and Richard E. Grant, has got a female addition to the

cast: Emilia Clarke, everybody's favourite GAME OF THRONES Dragon queen, will join the two British stars in the movie. The story of the film follows Jude Law's character, Dom Hemingway, a safe cracker with a loose fuse who after 12 years in prison travels with his best friend (played by Richard E. Grant) to collect what he’s owed for not ratting on crime bosses. Demian Bichir will play the French crime boss. As I've reported before, Emilia is also in the run to play the superhero's love interest next to Chris Evans in CAPTAIN AMERICA: THE WINTER SOLDIER, while Jude Law is ready for the award season with his magnificent portrayal of Karenin in ANA KARENINA.


HOLLYWOOD SPY HEADLINES
Always hilarious Melissa McCarthy, whom we are about to see in IDENTITY THEFT next to Jason Bateman, is going ahead with her

own project TAMMY, a comedy which she personally wrote. The update on the project, coming from "The Hollywood Reporter" hints that Melissa, who will take the lead role as well, might be joined in the cast by Shirley McLaine. The road trip comedy  will have the story which centres on a woman who is laid off from her job at Hardee’s, discovers her husband is having an affair and decides to go on a road trip with her alcoholic, foul-mouthed, diabetic grandmother. The granny would be played by Oscar winning Shirley :) As you know, you can currently see Shirley in British series DOWNTON ABBEY. A lovely treat for you today is the exclusive first pic from History Channel's first scripted series VIKINGS which will air sometime next year. The picture gives the first look at Travis Fimmel as a Viking warrior. You 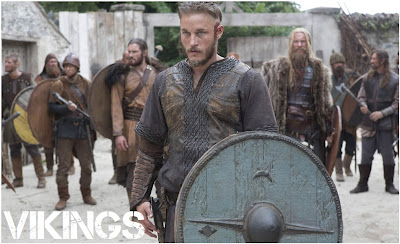 can read more about the show in our extensive spotlight. VIKINGS are currently being shot over in Ireland, while BBC's epic series THE WHITE QUEEN has just started its production over in Belgium. Meanwhile, The Weinstein Company and Starz have also started preproduction on MARCO POLO series which will have a budget of $5 million per episode.


VICTORIA & ALBERT MUSEUM HOLLYWOOD COSTUME EXHIBIT
And here's something lovely. "The Hollywood Reporter" has published pics from Victoria and Albert Museum's 'Hollywood Costume' exhibit which has assembled an impressive collection of movie costumes that will be on display at the London museum from Oct. 20. Check out some of the gowns which will be seen there: 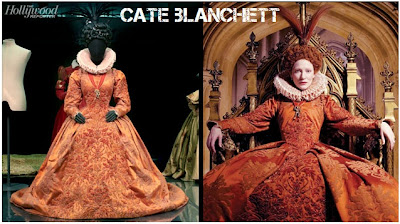 The first one is the majestic dress Cate Blanchett wore as the English queen in one of the most stunning epics ever to hit the big screen ELIZABETH: THE GOLDEN AGE. The film is deemed as one of the historical films with best costume designs ever.  Oscar winning costume designer Alexandra Byrne paid special attention to rich colours of the period. 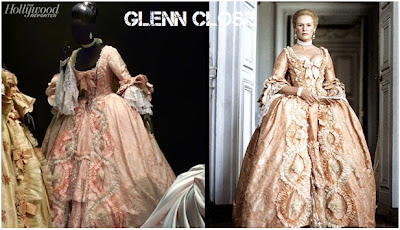 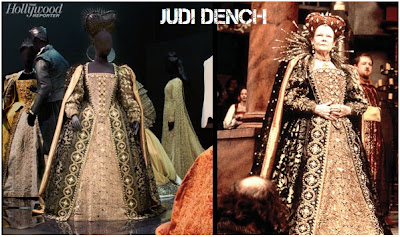 As you remember Sandy Powell won an Oscar for her work on SHAKESPEARE IN LOVE and this royal dress worn by Judi Dench as the queen, was one of the richly embroided and beaded gowns. 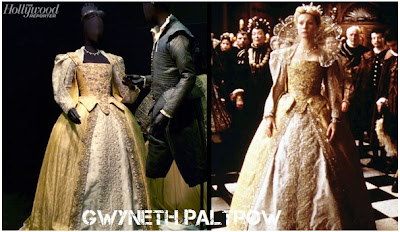 Coming from the same film, this is the gown Gwyneth Paltrow wore when her character went to an audience with Judi Dench's queen Elizabeth. Gwyneth's dress was made from silk brocade with metallic thread, and was more modern that the real dresses from that period.
Posted by DEZMOND at 12:00 AM