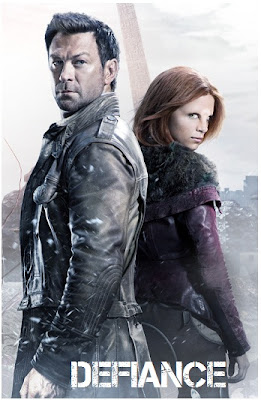 We haven't had much of true sf shows on television in recent years, ever since STAR TREK ENTREPRISE finished its flight, FIREFLY died prematurely and BATTLESTAR GALACTICA disappointed in content and entertainment. But things are changing at least at SyFy Channel. Earlier this April they've started an American Canadian production on new sf series DEFIANCE which will hit small screens in April 2013! It will be an innovative serial drama from the minds behind "Battlestar Galactica" and "Farscape". It will follow a mysterious man who, drifting through a terramorphed American landscape, settles in a border town where aliens and humans fight against the fragility of peace. 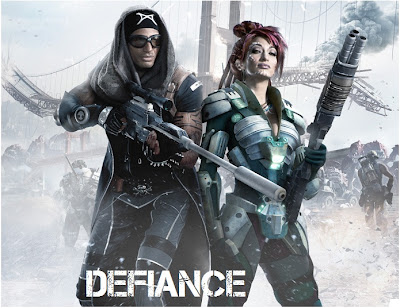 DEFIANCE STORY
The series is set in the near future, where aliens known collectively as Votans have come to Earth seeking a new home after their solar system was destroyed. However, when they reached Earth they discovered that despite a prolonged negotiation with the government on Earth they 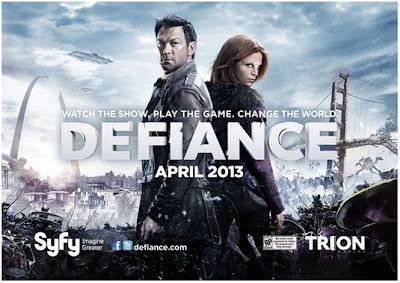 were not welcome. Rather than turn away, they began a war with the humans as they are determined to make Earth their new home. During the war, the Votans drop terraformers on the planet and transform the 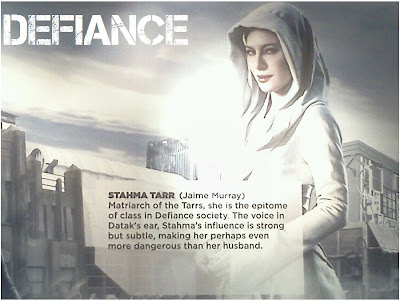 surface of the planet; scorching the earth, opening chasms in the ground and covering the surface of the planet in dust and debris. After decades of war, a ceasefire is declared when both side realise that they must focus on survival on this new almost alien planet. The series largely 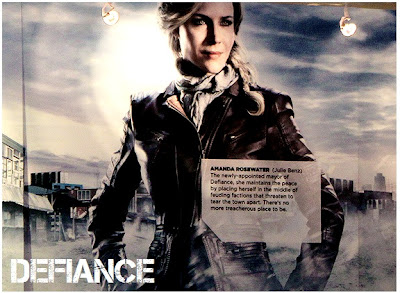 revolves around the character of Jeb Nolan. Jeb was only ten years old when the Votans arrived and he served in the military during the war. With the war now over, he returns to his hometown of St Louis to find that its is no longer the city he left; it is little more than a refugee camp. 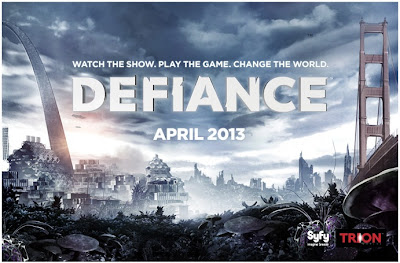 Deciding that his services are needed, Jeb takes up a position as the Chief Lawkeeper in DEFIANCE, so he can protect the town from dangerous clashes between humans and aliens, military scavengers and others dangerous visitors who occasionally enter the town. 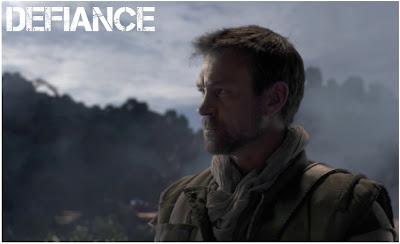 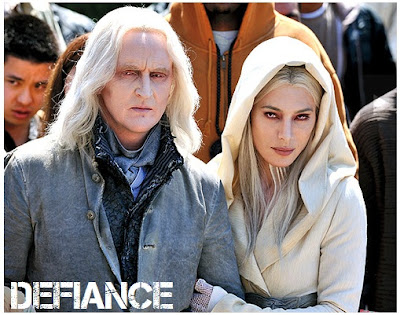 Amanda Rosewater, the idealistic mayor of DEFIANCE who is committed to maintaining peace in a deadly new world. The Oscar-nominated actor Graham Greene (Dances With Wolves) plays Rafe McCawley, richest man in Defiance and owner of the largest mine 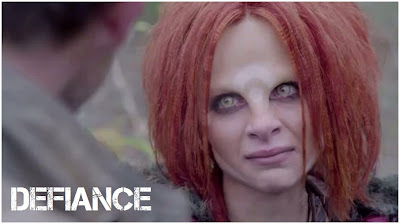 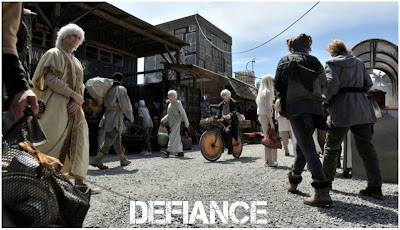 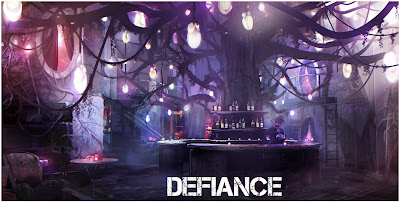 madam of DEFIANCE whose devotion has woven her into many of the city’s affairs. The show will be directed by Scott Stewart who helmed sf films PRIEST and LEGION, and is produced by producers of FARSCAPE, DESPERATE HOUSEWIVES, V, ALIEN NATION, SEAQUEST...
Posted by DEZMOND at 12:00 AM