Well it seems that beside History Channel's VIKINGS series with Travis Fimmel and Gabriel Byrne, which is currently being shot in Ireland and

will hit small screens next year, according to "The Hollywood Reporter" we shall enjoy another television epic with Northern warriors. Charlize Theron has just sold her THE CLAN production to ABC. The story of the future show is described as a sweeping drama set in the Highlands of medieval Scotland, where the great clans battle one another - and the Viking invaders. Charlize has already found a man who will direct it, write it and executive produce it - HOTEL RWANDA's Terry George! Beside a number of other television project, Charlize has also produced her award winning dramas YOUNG ADULT and MONSTER. She is currently preparing for her role in MAD MAX FURY ROAD in which she plays a one-armed nasty road warrior Furiosa! 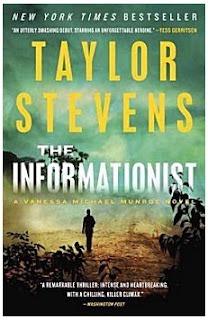 One of the biggest news yesterday was that, after he finishes AVATAR sequels (which will take years and years), James Cameron will direct movie adaptation of THE INFOR- MATIONIST. The book by Taylor Stevens centres on Vanessa “Michael” Munroe, a woman born in central Africa who spent her teenage years as a protege of gunners and mercenaries. She reinvents herself as an information dealer for wealthy clients, but when a billionaire hires her to find his daughter who went missing in Africa, Munroe finds herself back in the Dark Continent. You can also check out today, delightful covers for the new EMPIRE magazine featuring some of the characters from THE HOBBIT, my fave are Cate Blanchett's Galadriel and Ian McKellen's Gandalf. 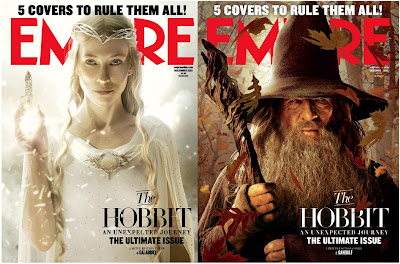 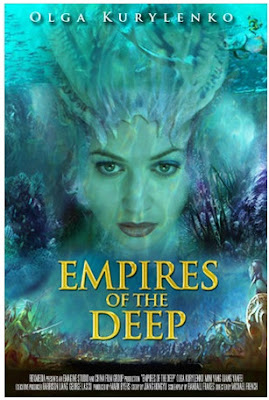 reaching $130 million has a cast lead by gorgeous Olga Kurylenko (the role was first meant for Monica Belucci), beside Steve Polites and Jean-Michel Casanova. For thousand of years, legends of beautiful mermaids have enchanted people from all over the globe. Their fascinating and mysterious world has always captured the imagination of humans. In film history, there hasn't been a single movie that has uncovered and explored this mystical world. What secrets lurk beneath the depths? And why do beautiful mermaids seduce human men? EMPIRES OF THE DEEP is the first underwater fantasy film to unveil and answer these questions. Set in a mythical world, the story of this fantasy epic adventure centres on a man who enters a mysterious underwater

kingdom to rescue his father, and ends up falling for a mermaid. As you can see in the trailer, three years in the making, tense waiting for the end of the production and more than $100 million budget, didn't yield a promising result, but we're willing to give it a try, are you?