ROBIN HOOD & TARZAN IN "ONCE UPON A TIME"? HUGH GRANT IN NEW ROMCOM! TRAILER FOR "PRIVATE PEACEFUL" WW1 SAGA! NEW WAR SHOW FROM "BAND OF BROTHERS" AND "PACIFIC" TEAM!

Talking to the creator of ABC's hit fantasy show ONCE UPON A TIME, "Entertain- ment Weekly" has revealed that beside the Sleeping Beauty, Mulan, Captain Hook and other fairy tale characters which have appeared in season two, which has started with great ratings, some other fictional, but not fairy tale, heroes could appear soon in the story. Named in the list are Robin Hood, Tarzan, Marry Poppins... and apparently even Sherlock Holmes was once planned to appear in the show, but the producers didn't get the rights on the Arthur Conan Doyle detective. 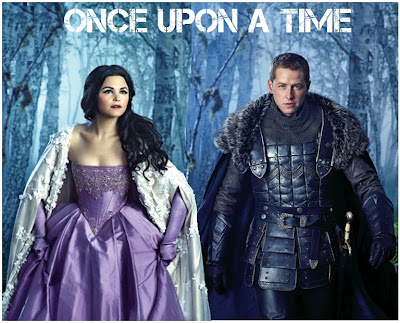 Speaking of new TV projects, the team behind legendary war series BAND OF BROTHERS which starred many Hollywood stars, and later on PACIFIC, are preparing third WW2 show, which will now focus on aerial battles in the Pacific ocean.

It seems British naughty boy, Hugh Grant is going back to what he does best: he will again star in a romantic comedy. Here's the plot of the untitled comedy: In 1998, Ray Michaels (Grant) was on top of the world - a witty, sexy, Englishman in Hollywood who had just won an Academy Award for Best Screenplay. Fifteen years later, he's creatively washed up, divorced, and broke. With no other options, he takes a job teaching screenwriting at a small college on the East Coast. Although the idea of teaching is less than thrilling, he hopes to make some easy money and enjoy the favors of impressionable young co-eds. What he doesn't expect to find is romance with a single mom who's gone back to school. We can currently watch Hugh Grant in CLOUT ATLAS.
PRIVATE PEACEFUL TRAILER
The only trailer I have for you today, in this rather poor week for movie clips, is the trailer for a film which is currently showing in cinemas. PRIVATE PEACEFUL is a touching and sweeping British drama with the story set in the fields of Devon and the WW1 battlefields of Flanders, 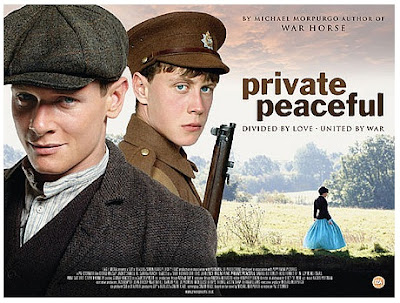 where two brothers fall for the same girl while contending with the pressures of their feudal family life, the war, and the price of courage and cowardice! The film stars Jack O'Connell, Richard Griffiths, Maxine Peake.... And is directed by Pat O'Connor helmer of  CIRCLE OF FRIENDS, SWEET NOVEMBER, DANCING AT LUGHNASA...
Posted by DEZMOND at 12:00 AM