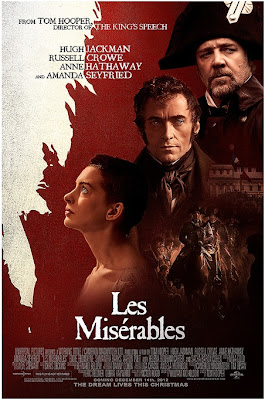 You have probably noticed that cold winter months, especially December, are the ones when magical fairy tales and epic sagas premier in cinemas bringing delight to the festive atmosphere, but it is also the time when powerful dramas and sweeping movie adaptations of famous literary classics come out to try their chances in the film awards season. Thus, beside the much awaited THE HOBBIT, we shall also have the premier of the new version of LES MISERABLES hitting theatres in the last month of the year. The cast will most probably pick up numerous awards next year! 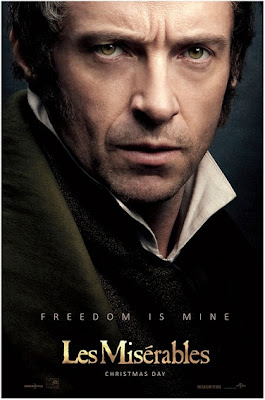 Set against the backdrop of 19th century France, LES MISERABLES tells an enthralling story of broken dreams and unrequited love, passion, sacrifice and redemption, a timeless testament to the survival of the human spirit. The musical movie focuses on ex-prisoner Jean Valjean (Hugh Jackman), hunted for decades by the ruthless policeman Javert (Russell Crowe) after he breaks parole. When Valjean agrees to care for factory worker Fantine's (Anne Hathaway) young daughter, Cosette (Amanda Seyfried), their lives change forever. In December 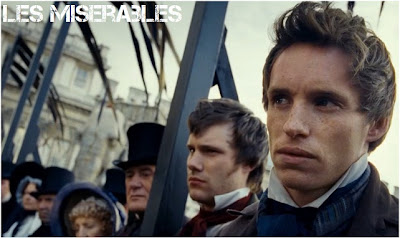 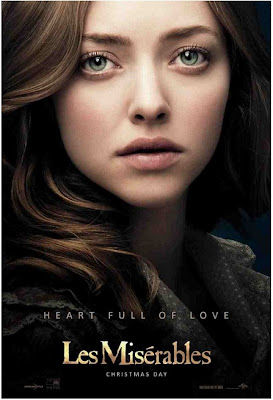 As mentioned above, the new movie adaptation of Hugo's famous novel is being directed by Tom Hooper who won an Oscar for his work on THE KING'S SPEECH and has previously helmed television mini series ELIZABETH I with Helen Mirren.  Hugh Jackman plays Jean Valjean, a Frenchman released from Toulon prison after 19 years of imprisonment for stealing bread and failed attempts of escaping from the prison. Second Australian star in the cast, Russell Crowe appears as Inspector Javert, a police inspector who releases Valjean on parole, then later dedicates his life to imprisoning him again. 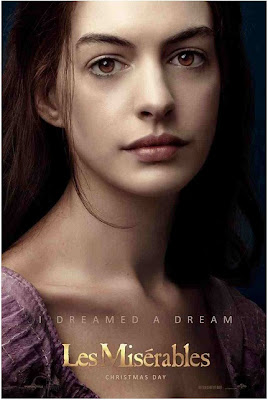 Anne Hathaway portrays Fantine, a struggling factory worker and mother of an illegitimate child, Cosette. She is eventually forced to turn to prostitution. Amanda Seyfried will be seen as Cosette, the illegitimate daughter of Fantine who has grown into a beautiful teenager under Valjean's care and falls in love with Marius. Sacha Baron Cohen plays Thénardier, a common thief who is also an innkeeper. He is also the father of Éponine (played by Samantha Barks) and Gavroche (played by Daniel Huttlestone), while Helena Bonham Carter appears as Madame Thénardier, the unscrupulous innkeeper's wife who, 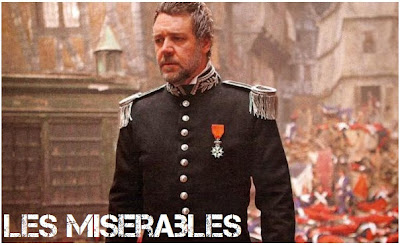 along with her husband, houses and abuses Cosette until Valjean "buys" her from them after Fantine's death. Ultra talented Eddie Redmayne portrays Marius Pontmercy, a student revolutionary who is friends with the Thenardiers' daughter, Éponine, but falls in love with Cosette. 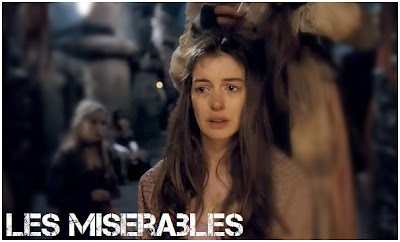 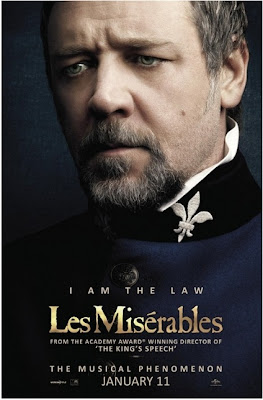 The film hits USA cinemas December 25th and UK cinemas January 11th 2013. Ever since the casting process started in 2011, many names were in the run for the lead roles: country star Taylor Swift, Scarlett Johansson, Evan Rachel Wood, Emily Browning, Hayden Pannettiere and Lea Michele had been previously rumoured to be the candidates for the role of Eponine. Paul Bettany was originally supposed to play Javert. Amy Adams, Jessica Biel, Marion Cotillard, Kate Winslet were considered to play Fantine! The most shocking casting choice was choosing Sacha Baron Cohen over Geoffrey Rush for the 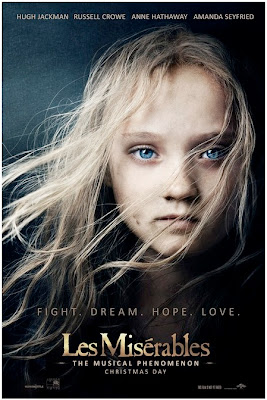 role of Thenardier. According to rumours, Hathaway's audition brought tears to producers, while Seyfried said her audition lasted for six months!
This is Helena Bonham Carter's second time in a row to work with Tom Hooper after THE KING'S SPEECH. Believe it or not, but LES MISERABLES has been in development ever since 1988. when Alan Parker was considered for the director's seat. Hugh Jackman and Anne Hathaway have already sung together at the Oscars. Hugh has lost considerable weight, and Hathaway all her hair for their roles. A few days ago, on October 10th, recording sessions

for the musical begun in London with a 70-piece orchestra, while the actors sang their songs at the set instead of using pre-recorded playbacks for the first time in movie history. The premier of the film was pushed forward to avoid the clash with THE HOBBIT.
Posted by DEZMOND at 12:00 AM