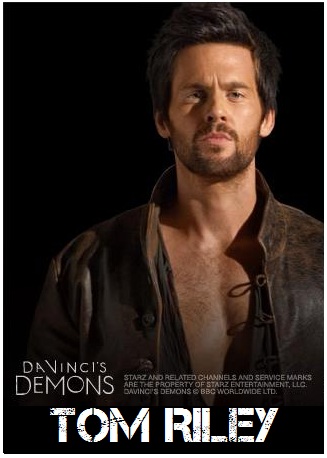 young British actor Tom Riley in the lead role of Leonardo Da Vinci who is on the quest to expose the lies of religion in this new historical adven- ture ready to air next year over at Starz. Coming from famous producer David S. Goyer (MAN OF STEEL), this epic new show tells the untold story of a 25 year old Da Vinci during his turbulent youth in Renaissance Florence as the artist, inventor, swordsman, lover, dreamer and idealist struggles to live within the confines of his own reality and time. He begins to not only see the future but invent it. The show will take its place in the programme in Spring 2013, since spring has obviously become a 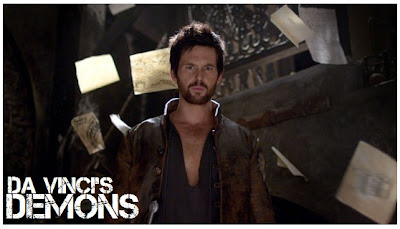 favourite time of the year for historical shows to air, as we've already seen with THE TUDORS, BORGIAS, CAMELOT and GAME OF THRONES. It will probably hit the small screens when SPARTACUS WAR OF THE DAMNED finishes its final run at Starz.


DA VINCI'S STORY
The show brings the story of the world's greatest genius during his raucous youth in Renaissance Florence. Brash and brilliant, young da Vinci is an artist, inventor, swordsman, lover, dreamer and idealist. 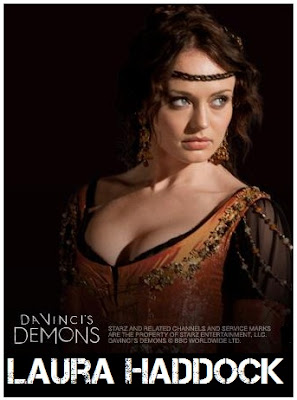 As a free thinker, with intellect and talents that are almost superhuman, he struggles to live within the confines of his own reality and time. He begins to not only see the future, but invent it. In a world where thought and faith are controlled, one man fights to set knowledge free. Leonardo Da Vinci is tortured by a gift of superhuman genius. He finds himself in a conflict between truth and lies, religion and reason, past and future. His aspirations are used against him by the opposing forces of the time – luring him into a game of seduction where those who despise his intellect need him most. His quest for knowledge nearly becomes his undoing. Da Vinci throws 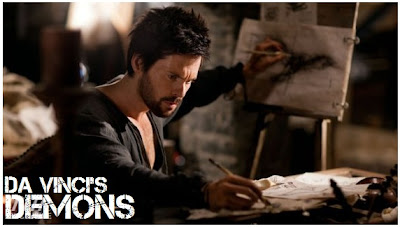 himself into his genius and emerges as an unstoppable force that lifts an entire era out of darkness and propels it into light. His story becomes a mirror into our own world, calling us all to join his fight to free the future. 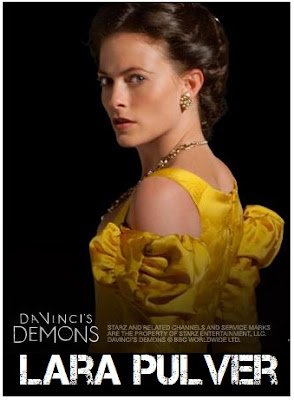 Beside young Tom Riley in the lead role, the show, which will break records by being broadcast in 200 countries around the world thanks to Fox International Channels, will also see stunning British actress Laura Haddock as Lucrezia Donati, the mistress of Lorenzo Medici and lover of Leonardo da Vinci. Lara Pulver will play the seductive and politically-minded Clarice Orsini, Lorenzo Medici's wife, while Lorenzo will be played by Elliot Cowan whom you're currently watching in SINBAD epic series. Allan Corduner will appear as Verrochio, Leonardo's mentor and James Faulkner as Pope Sixtus IV.

It is interesting that when Starz approached David S. Goyer on doing a historical show with them, they also considered doing a series on Cleopatra (which would make it a rival show to NBC's future show on 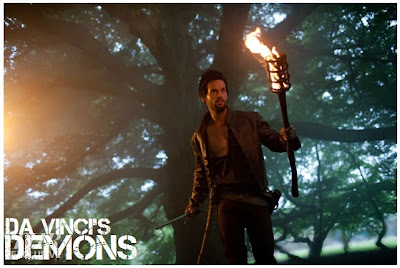 the Egyptian queen). The costumes are being done by Annie Symons who worked on BBC's epic mini series THE HOLLOW CROWN, on GREAT EXPECTATIONS at BBC. The eight part series is being entirely shot in Wales.
Posted by DEZMOND at 12:00 AM