Just like yesterday, you get two brand new trailers today as well: the first one is for A GOOD DAY TO DIE HARD, which is the fifth sequel in the famous action franchise made famous by Bruce Willis playing 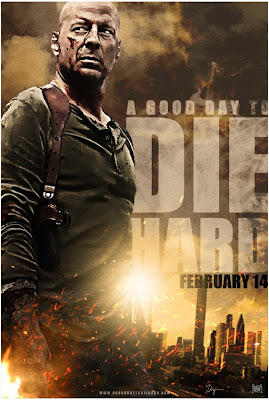 legendary cop John McClane in previous decades. This time he has a grown up son with whom he goes to Russia to save the world from who knows what terrorists and naughty guys. McClane faces his greatest challenge ever, this time on an international stage, when his estranged son Jack is caught up in the daring prison escape of a rogue Russian leader, and father and son McClane must work together to keep each other alive. Ready to be released into cinemas February next year, the film also stars Jai Courtney in the role of McClane junior. You've seen Courtney in super popular epic series SPARTACUS in which he played a gladiator and the best friend of the famous slave leader. Part of the film was shot in Serbia where Belgrade prison played the role of a prison in 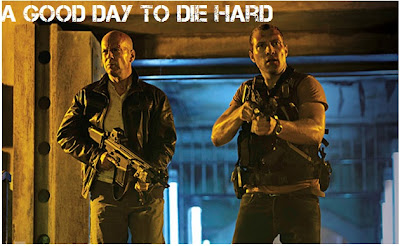 Russia. As you remember from all previous reports at HOLLYWOOD SPY, a huge number of talented young actors have been in the game for the role of the son including Aaron Paul, Liam Hemsworth, James Badge Dale, Paul Walker, Ben Foster, Shiloh Fernandez, Milo Ventimiglia...

HOLLYWOOD SPY HEADLINES
Sony Pictures is, according to "Deadline", preparing GIANTS sf film in which the story centres on an alien race known as Giants, who decide to wage war on 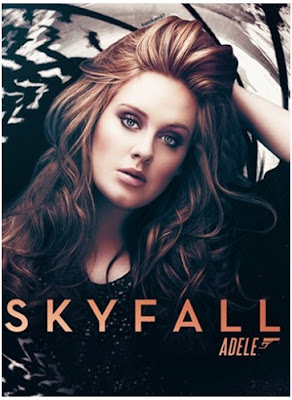 Earth after an attack on their home planet. When they get to Earth, though, these creatures realize they are actually only 1/4 of an inch tall compared to the humans. The foreign object that "attacked" them is actually a screw that came loose from the Hubble telescope. These minuscule aliens form an alliance with a nerdy young boy to save the world. You can also check out Adele's song LET THE SKY FALL for the upcoming SKYFALL James Bond movie. I can't say I like it, it is extremely cliché, quite a monotonous yawnfest, nothing to explain the buzz we've been hearing around the song in the previous weeks.
MOVIE 43 TRAILER WITH KATE WINSLET, HUGH JACKMAN, GERARD BUTLER
The second clip for today is much more fun. It is the trailer for an unusual omnibus of a number of short hilarious scenes featuring some of the most famous actors. Titled MOVIE 43 it is hitting cinemas next January. Take a hilarious director, add a brilliant cast, mix in some 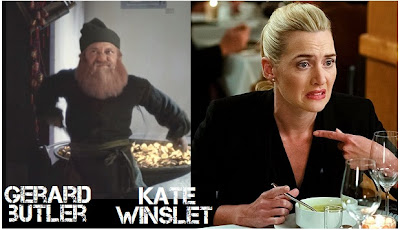 twisted jokes, remove all boundaries, and then stand back... way back. In MOVIE 43 comedy is served steaming hot (literally) by director Peter Farrelly of The Farrelly Brothers in one of the most shocking, original, and dangerous comedies ever made. Starring Hugh Jackman beautifuly paired up with Kate Winslet, Gerard Butler (it is deeply sad what they did to him in the movie), Josh Duhamel, Elizabeth 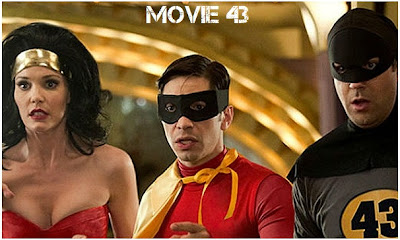