Here's something unusual, "The Hollywood Reporter" wrote this weekend about a film which has just ended its production over in Los Angeles completely unnoticed by the media. It is a sci fi comedy SPACE STATION 76 with a rather interesting cast including Patrick Wilson, Jerry O'Connell, Liv Tyler and Matt Bomer. The comedy is set in a 1970's version of the future and centres on a group of crew members aboard a space station. Always amazing Patrick Wilson portrays the suicidal captain alongside Liv Tyler, who plays his assistant. Matthew Bomer plays a engineer with a robotic hand, who is unfortunatley married to a controlling wife (Marisa Coughlan).


HOLLYWOOD SPY HEADLINES
After the rather floppish CONAN THE BARBARIAN remake with Jason Momoa, we shall return to the classic epic with a direct sequel 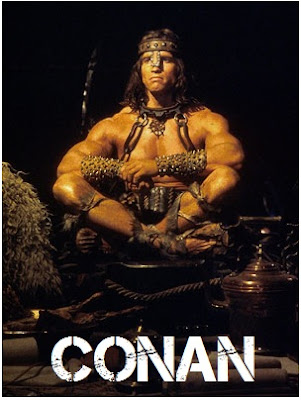 to the original film. Titled THE LEGEND OF CONAN, the sequel will, and this is the biggest news, have Arnold Schwarze- negger returning to the role which made him famous. The film is planned as Universal's leading movie for summer 2014. The original ended with Conan on the throne as a seasoned warrior, and the sequel will see him as the Nordic Viking mythic guy who has played the role of king, warrior, soldier and mercenary and is now nearing the last cycle of his life.


MASQUERADE TRAILER
And here's something Asian for you today: a trailer for South Korean historical comedy MASQUERADE which is currently breaking box office records over in 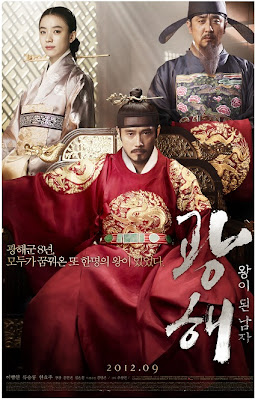 its home country. The film brings a Prince and the Pauper story set in 17th-century Korea, with "G.I. Joe: The Rise of Cobra" star Lee Byung-hun playing dual roles: he is both the tragic King Gwanghae and the commoner who shares a fatefully remarkable resemblance to the ruler, Ha-Seon. Deeply embroiled in palace intrigue which aims to assassinate the ruler, King Gwang-Hae orders his trusted councillor Heo Kyun to find him a body double. When the King collapses from a mysterious poison, Ha-seon must carry off the biggest MASQUERADE of his career to save the country from chaos while under imminent threat of death. He will surprise all by demonstrating just leadership in the corrupt court. He will become a king that the people dreamed of, writing in fifteen 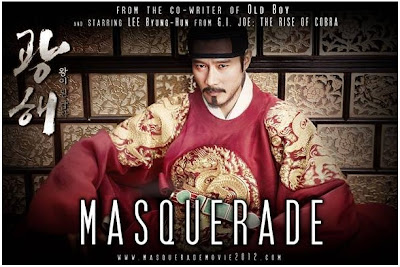 days of wise and good rule in the real king's fifteen years long history of tyranny. The film has sold 10 million tickets in South Korea in just a month, in a middle of a slow season, which is faster even than AVATAR. The film is already showing in Northern American cinemas.
Posted by DEZMOND at 12:00 AM