So, people, are you ready for the fifth, and gossips suggest possibly the final, season of BBC's epic fantasy show MERLIN? It has just started airing this Saturday over in United Kingdom (in a primetime slot, unlike the previous seasons), will air in a few days in Australia too and will air early in January next year on SyFy Channel in USA. It will also be aired in most parts of the world since it is the series shown in the biggest number of countries on the planet. After a very long period of waiting for the characters, the young warlock Merlin (Colin Morgan) and his friend and master Arthur (Bradley James),
to finally grow up and take the rule in their own hands, the story is finally about to unravel in the fifth season after Arthur's coronation as the new king in the previous season. They will now continue to fight all the evils that threaten the kingdom and Camelot and to fight Morgana (Katie McGrath) who is apparently more evil than ever before. They can still count on the help of Arthur's trusted knights Sir Gwaine (Eoin Macken), Sir Percival (Tom Hopper) and Sir Leon (Rupert Young), while Morgana will have the help of dangerous Mordred (Alexander Vlahos) who is now all grown up and very ambiguous and mysterious. 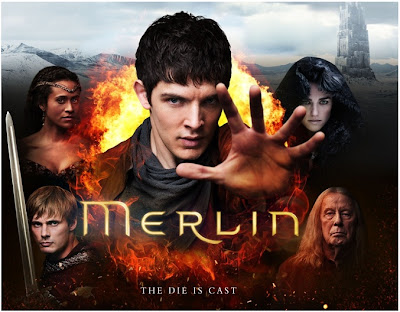 WHAT'S NEW IN SEASON 5?
With the development of the characters and their stakes becoming bigger, the fifth season will have a darker and more sophisticated tone from the previous seasons going deeper into the mythology around Arthur, MERLIN and the Round Table. This means that there will be 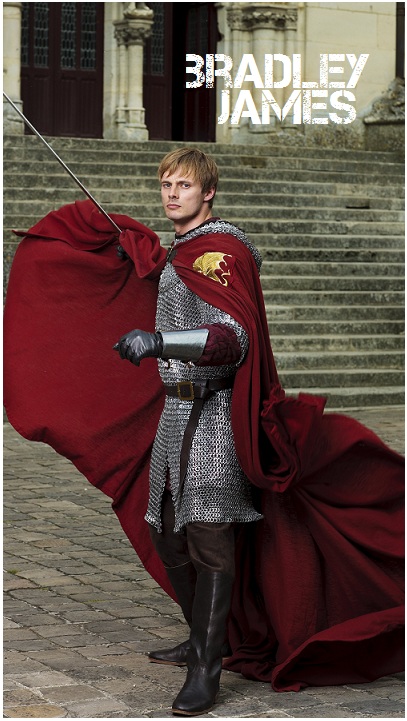 more ensemble multi-stranded stories and the episodes will not focus only on Merlin. Morgana will get even more extreme in seeking revenge and in her quest to take over the throne of Camelot, Arthur will continue learning how to be a king and adjusting to his new role of 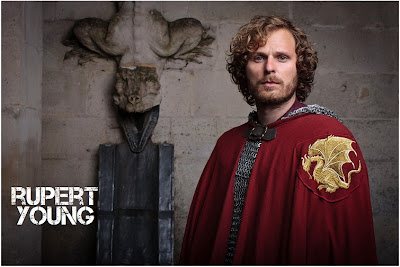 the ruler. Merlin will still remain kind hearted and nice, but will not be as naive as he was before since living in the world in which he has to keep his true identity secret has had an effect on him. Unlike other epic shows such as SPARTACUS and GAME OF THRONES, MERLIN will 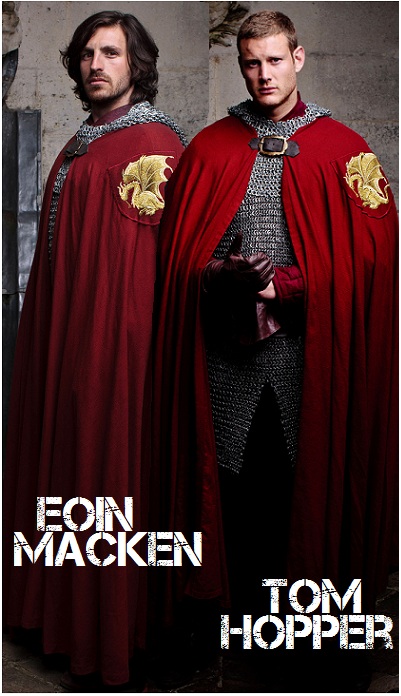 retain a certain sort of innocence at the heart of the show which is why there will be balance and the fifth season won't be too dark, too violent or too sexual. The visuals of the new season will also become more serious and we shall see lots of remote castles, dark throne chambers,

magnificent winter settings covered in snow and ice. If the fifth run of the show proves to be the final one, it would mean that we shall have a tragic ending since we all know that the true legend had Arthur dying and his kingdom falling apart. This will make the end of the season/series similar to the final season of SPARTACUS which will in its final season WAR OF THE DAMNED next January also see the death of its lead hero.


MER LIN TID BITS
The opening episode of the new season ARTHUR'S BANE will have two parts and will jump up  in time seeing the main characters three years after we've left them in season four. There will be more dragons this time. As you remember a baby dragon was born in the last season and it is possible it will be under Morgana's rule. There will also be some magical wolves. 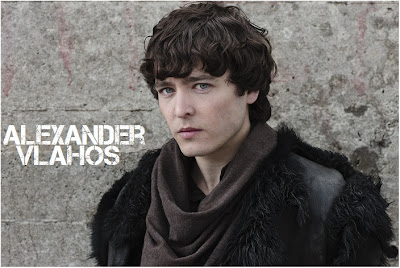 Although the outfits in the show will be more luxurious now, and Morgana will flaunt some medieval diva costumes :), Merlin will, sadly, remain in the same old costume he's been wearing ever since the first episode five years ago. Sir Gwain will be the third male role in season five and other knights will also be in the focus which means there will be less guest roles than before. There will be catfights between Morgana and horrid Gwen (atrociously talentless Angel Colby). 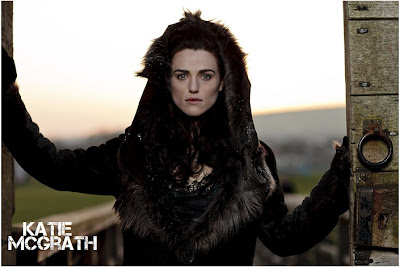 It is possible that the show will have two more seasons, and there were also talks about three feature cinematic films, which producers would like to do in the vein of THE PIRATES OF THE CARIBBEAN. Ladies will enjoy a lot of shirtless Percival with his pumped up muscles. We shall again see The Valley of the Fallen Kings and the Lake of Avalon. There will be more battles, druids and sorcery. 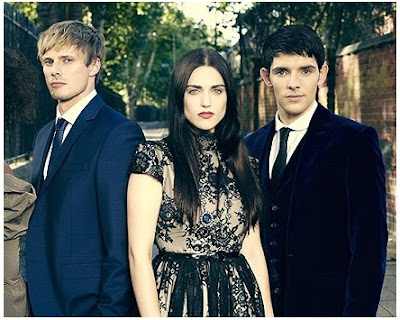 It appears that Gwain might be the first one to discover that Merlin has magical powers. We shall again see Lindsay Duncan as Queen Annis, Janet Montgomery as princess Mithian and Anthony Head as the dead king Uther Pendragon, while Kelly Wenham will play Queen Mab. GAME OF THRONE's Liam Cunningham will play a dangerous druid. For more info visit a very resourceful Merlin Wikia.

New comments are not allowed.