It seems BBC's WAR AND PEACE has made Russia's glorious history in again, so the next project from that field will be Freeform's series on GRAND DUCHESS ANASTASIA produced by McG! Set in vibrant Paris during the roaring 1920’s, it will follow Anastasia Romanova after her escape from Russia. While her sights are set on avenging the death of her family, she joins forces with an elite espionage agency that’s working to prevent another world war. By day, Anastasia is a former princess trying to blend into a normal life, but by night, she’s acting as the world’s first female spy, influencing some of the biggest events in the first part of the 20th century. Daniel Mackey, Seth Fisher (SAINTS & STRANGERS) are scribes. 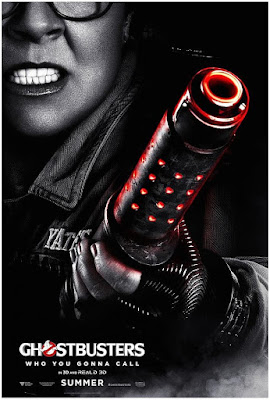 It was about time for them to release the first trailer for new female centric and entirely unwanted reboot of GHOST BUSTERS since the busting starts July 15th! Kristen Wiig plays particle physicist Erin, Melissa McCarthy’s character is an expert in the paranormal, Kate McKinnon’s the nuclear engineer who creates the team’s inventions, and Leslie Jones is a former subway employee who knows her way around New York City. Chris Hemsworth is their hunky secretary!

'THE DURRELLS' PERIOD SERIES
THE FIRST TRAILER IS RELEASED!
Your second trailer is a truly delightful one for British ITV's new family drama series THE DURRELLS which arrives sometime this spring! 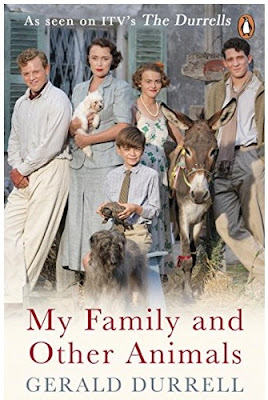 The six part series is a small screen adaptation of  MY FAMILY AND OTHER ANIMALS memoir by Gerald Durrell! Keeley Hawes leads the cast alongside legendary Leslie Caron and Greek star Alexis Georgoulis.
KEELEY HAWES LEADS THE CAST 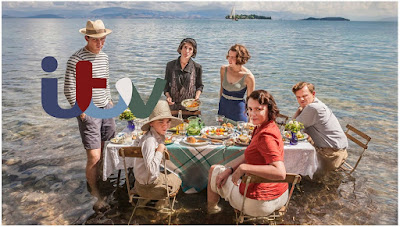 Waterstone) and Gerry (Milo Parker) are running riot and making life very difficult. Louisa decides to escape from Britain for a new adventure in Corfu, taking her family with her. Alexis Georgoulis 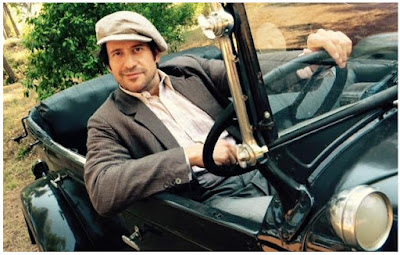 will play the dependable Spiro Halkiopoulos, while Leslie Caron will  be shrewd Countess Mavrodaki, who hires Margo as her companion.