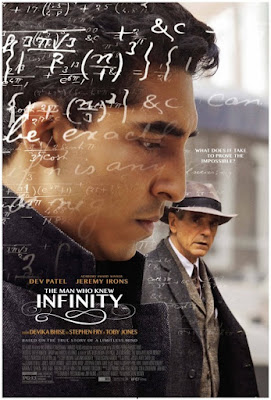 Poster Saturday, people, with some new ones for the upcoming films, starting with THE MAN WHO KNEW INFINITY which is out this April in UK starring Dev Patel as Srinivasa Ramanujan Iyengar who, after growing up poor in Madras, India, earns admittance to Cambridge University during WWI, where he becomes a pioneer in mathematical theories with the guidance of his professor, G.H. Hardy (Jeremy Irons). Jeremy Northam, Stephen Fry and Toby Jones round up the stellar cast of British thespians. 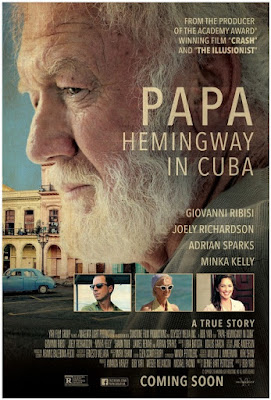 Poster has also been released for a drama also coming out in cinemas next month PAPA HEMINGWAY IN CUBA starring Giovanni Ribisi, Minka Kelly, Joely Richardson and Adrian Sparks in a true story about the relationship between Miami journalist Denne Bart Petitclerc (Giovanni Ribisi) and legendary writer Ernest Hemingway (Adrian Sparks). In 1959, a young journalist ventures to Havana, Cuba to meet his idol, the legendary Ernest Hemingway who helped him find his literary voice, while the Cuban Revolution comes to a boil around them.

'THE MEDDLER' POSTER WITH
SUSAN SARANDON & ROSE BYRNE
Also out next month, April 22nd in American cinemas is comedy drama THE MEDDLER in which Susan Sarandon plays  an aging widow from New York City who follows her daughter (Rose Byrne) to 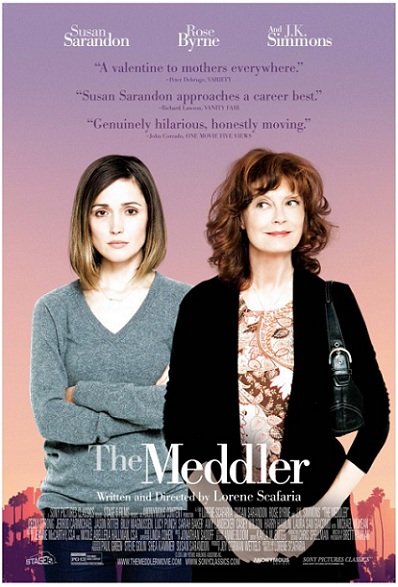