NEW 'WARCRAFT' TV TRAILER
IS READY TO UNLEASH THE ORCS!
To end the week in epic style, after new BEN HUR and TARZAN trailers, here's the most epic of them all, the biggest epic adventure that arrives to us this June WARCRAFT movie with 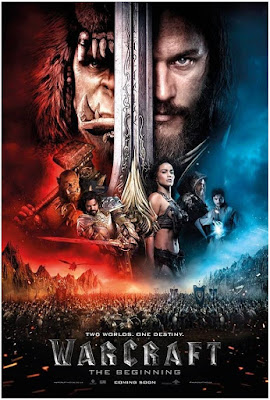 a new trailer and stunning poster! The cast is lead by Travis Fimmel, Dominic Cooper and Ben Foster!
TWO WORLDS, ONE DESTINY
The peaceful realm of Azeroth stands on the brink of war as its civilization faces a fearsome race of invaders. Orc warriors are fleeing their dying home to colonize another. As a portal opens to connect the two worlds, one army faces destruction and the other faces extinction. From opposing sides, two heroes are set on a collision course that will decide the fate of their family, their people and their home. So begins a spectacular saga of power and sacrifice in which war has many faces, and everyone fights for something.

'THE SHALLOWS' TRAILER
BLAKE LIVELY VS A SHARK
You can also check out thrilling first teaser for Blake Lively's new survival thriller THE SHALLOWS  out this summer! In this taut nail-biter Nancy (Blake Lively) is surfing alone on a secluded beach. 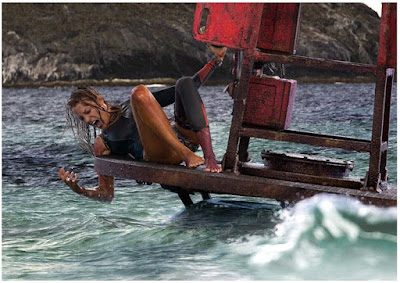 That's when she is attacked by a great white shark and stranded just a short distance from shore. Though she is only 200 yards from her survival, getting there proves the ultimate contest of wills.
Posted by DEZMOND at 8:01 PM