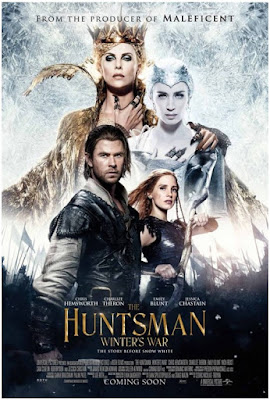 To end the week of epic delights, today you can enjoy magnificent new posters for next month's biggest epic adventure HUNTSMAN: WINTER'S WAR the prequel to the SNOW WHITE movie which luckily has no Snow White this time :) Starring Emily Blunt, Charlize Theron and Chris Hemsworth with Sam Claflin as King William the movie is out April 22nd in USA and April 4th in Europe!

A FORT OF SNOW, A HEART OF ICE 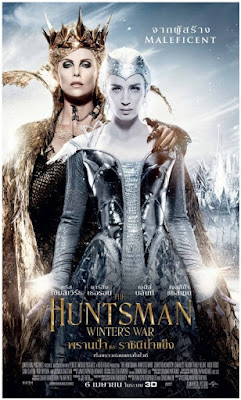 Long before the evil Queen Ravenna (Charlize Theron) was thought vanquished by Snow White's blade, she watched silently as her sister, Freya (Emily Blunt), suffered a heartbreaking betrayal and fled their kingdom. With Freya's ability to freeze any enemy, the young ice queen has spent decades in a remote wintry palace raising a legion of deadly huntsmen, including Eric (Chris Hemsworth) and warrior Sara (Jessica Chastain). Only now she has found that her prized two have defied her one demand: Forever harden your hearts to love. When Freya learns of her sister's demise, she summons her remaining soldiers to bring the Magic Mirror home to the only 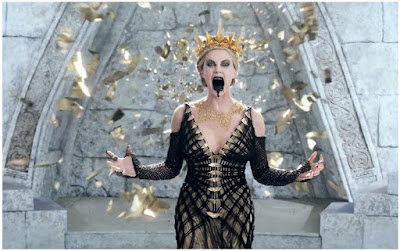 sorceress left who can harness its power. But once she discovers Ravenna can be resurrected from its golden depths, the wicked sisters 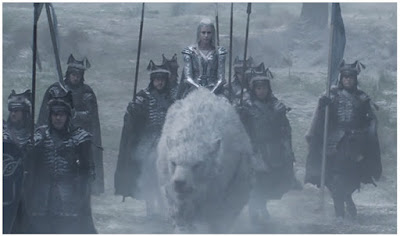 threaten this enchanted land with twice the darkest force it's ever seen. Now, their amassing army shall prove undefeatable unless the 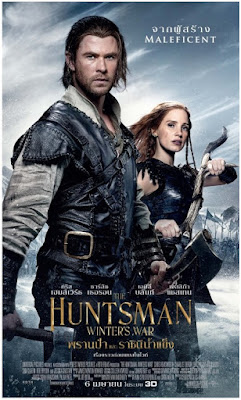 banished huntsmen who broke their queen's cardinal rule can fight their way back to one another!


COUNT COLIN MORGAN!
Seeing the magical costume that Queen Ravenna and Ice Queen Freya are wearing in the trailers, you can expect an award winning costume designer behind all the fantastic gowns and crowns: three times Oscar winner Colleen Atwood is behind all of the outfits including Freya's mindblowing silver armour that she wears while riding into battle on her snow warbear! MERLIN's superstar Colin Morgan appears also in the movie as Duke of Blackwood! 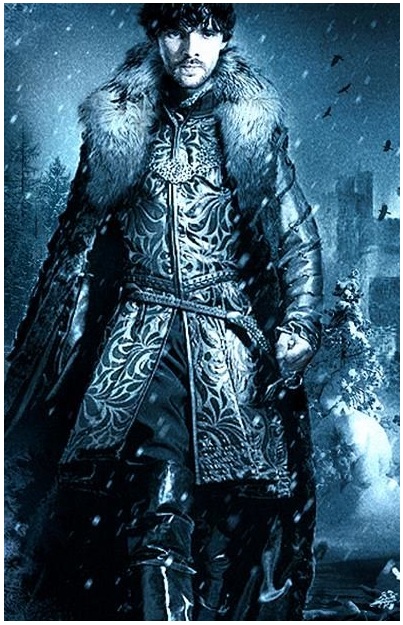 There will be female dwarves this time as well played by British actresses Sheridan Smith and Alexandra Roach. Check out the 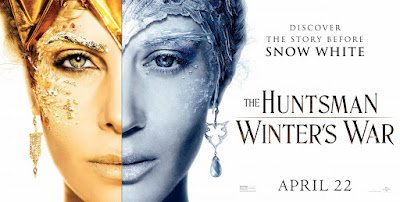 glorious new poster featuring both Emily Blunt and Charlize Theron and also one of the most epic trailers I've ever seen in my life below: