ANNABELLE WALLIS
TO JOIN TOM CRUISE IN 'THE MUMMY' MOVIE REBOOT
Another reboot that will plague us some time in the future, the remake of the most popular adventure saga ever THE MUMMY, this time with

Tom Cruise in the lead role, has just got itself the female lead: gorgeous Annabelle Wallis from THE TUDORS (although she played the queen in it, in next year's KNIGHTS OF THE ROUND TABLE: KING ARTHUR she will be just a maid) and PEAKY BLINDERS will take lead female role in the modern day set movie. Sofia Boutella was announced previously for the title role of the monster. Cruise will play an ex soldier, while Annabelle will be, according to 'Variety' an archaeologist! Alex Kurtzman is helming the second movie in Universal's Monsters series, started by Luke Evans' DRACULA UNTOLD. Johnny Depp has already been announced as the lead in THE INVISIBLE MAN movie, while VAN HELSING and THE BRIDE OF FRANKENSTEIN are also in plan.

Since it seems we're having a blond beauty day, 'Deadline' reports that Amanda Seyfried will work with sf director Andrew Niccol again after Justin Timberlake's IN TIME a few years ago. She has boarded ANON, a sf thriller in which Clive Owen plays a detective in a world with no privacy, ignorance or anonymity. All our lives are transparent, traceable and recorded by the authorities. It’s the end of crime, it seems. However, when Owen’s character stumbles on a young woman (Amanda Seyfried) with no digital footprint and invisible to the police, he discovers it may not be the end of crime but the beginning. Owen is also shooting Luc Besson's sf epic VALERIAN AND THE CITY OF A THOUSAND PLANETS. 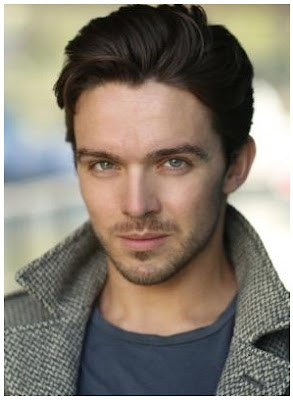 'Deadline' writes that DOMINION's Luke Allen Gale will take the male lead. Canadian actor Evan Stern has also been cast.
TRANSYL- VANIA is set in 1880 and centres on Victoria (Brent), a headstrong young woman in search of her missing father who ventures from NYC to Transylvania where she teams with a wrongfully disgraced Scotland Yard Detective, Inspector Godfrey (Allen Gale), and together they witness the births of the most famous monsters and villains in history. Stern will play Igor, a gentle hunchback known for his technical genius.