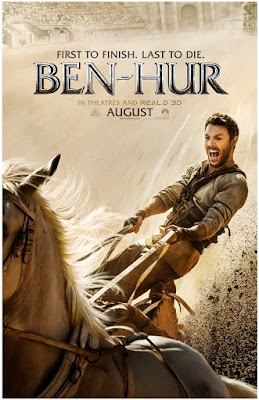 Now, here's something I've been wondering for a long time when it would finally arrive! First photos and trailer for this August biggest epic adventure BEN HUR with Jack Huston and Morgan Freeman!
A PRINCE AND A SLAVE
It follows Judah Ben-Hur (Jack Huston), a prince falsely accused of treason by his adopted brother Messala (Toby Kebbell), a Roman army officer. Stripped of his title, separated from his family and the woman he loves (Nazanin Boniadi), Judah is forced into slavery. After years at sea, Judah returns to his homeland to seek revenge, but 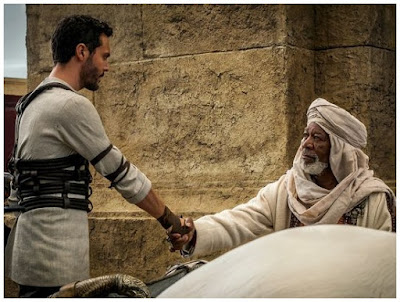 finds redemption! Morgan Freeman plays his mentor, while Rodrigo Santoro is Jesus Christ! The story of Jesus Christ is told parallel to the one revolving around BEN HUR! As you can see from the first poster, 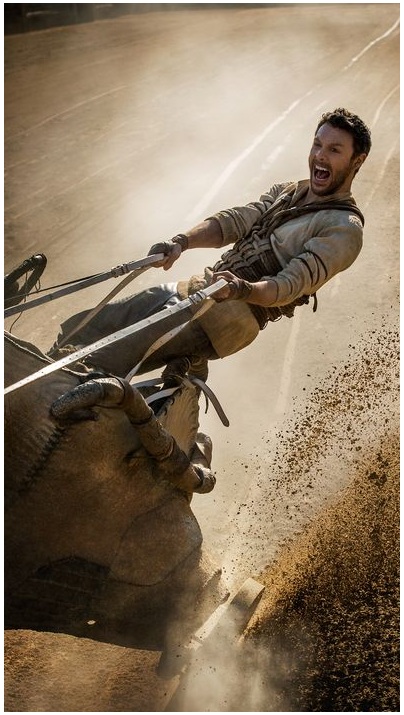 the movie, based on Lew Wallace's classic novel and directed by Timur Bekmambetov, will include the glorious chariot races in the arena! What do you think? I personally think the movie is terribly miscast with zero star power in it!