MERYL STREEP TO PORTRAY MARGARET THATCHER IN A NEW BIOPIC

Undoubtedly the best living actress Meryl Streep will have fun playing diverse roles in her career again: according to 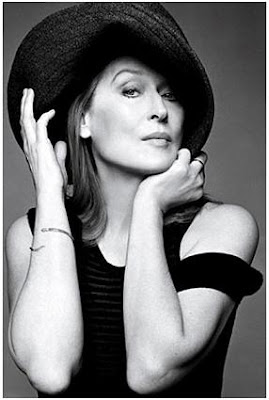 "MovieWeb" she has been hired to play former British Prime Minister Margaret Thatcher in a biopic "Thatcher" directed by Phyllida Lloyd ("Mamma Mia!"). The movie, which already has an Oscar feel to it, will also star the equally ultratalented acting legend Jim Broadbent ("Moulin Rouge", "Iris") as Margaret Thatcher's husband, Denis. The film will be set in 1982 when Thatcher was trying to save her career in the 17 days preceding the inglorious Falklands War. The 2 1/2-month war was a major turning point for 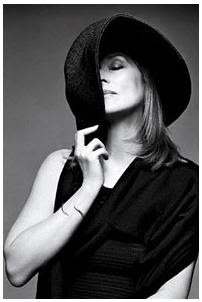 the prime minister, who, after the victory, saw her approval ratings double and went on to win a second term.
Meryl Streep will also join Jeff Bridges in "Great Hope Springs" in which they will portray a married couple who attends a counseling retreat to try and save their marriage. Philip Seymour Hoffman might appear in this comedy as the couple's therapist, and the possible director is Mike Nichols who already worked with Meryl on "Silkwood", "Angels in America", "Postcard From the Edge"...
Posted by DEZMOND at 2:31 PM