The first treat for today is a new magical poster for Zack Snyder's upcoming fantasy epic "Legend of the Guardians: The Owls of Ga Hoole". The movie which tells the epic tale of an unusual world 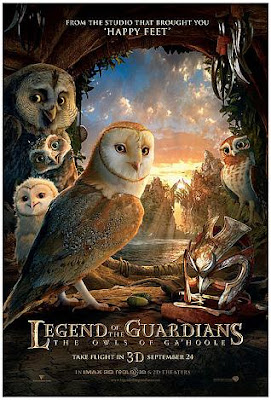 in which owls are heroes and warriors fighting for honour and peace, shot in brilliant new animation technique, is out this September with voices from Helen Mirren, Hugo Weaving, Geoffrey Rush, Abbie Cornish, Jim Sturgess, Ryan Kwanten, Sam Neill...

Second movie treat for today is an update on Guillermo Del Toro's new project. With the help of James Cameron, who will produce his next film, Del Toro will adapt "At the Mountains of Madness" a tale by H.P. 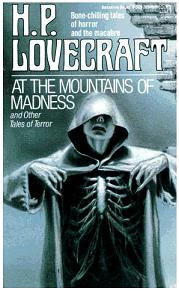 Lovecraft. The movie will bring a chilling recollection of an Antarctic expedition's uncanny discoveries and their encounter with an untold menace in the ruins of a lost civilization.


Thanks to "MovieWeb" today's most delicious treat is the first exclusive trailer from "Thor" which was presented at ComicCon. Don't miss the stunning Odin's palace and court over at Asgard, which looks larger than life. Judging from the trailer I must admit I don't like any of the actors in these roles except the Thor, Chris Hemsworth himself, but the movie sure does seem like a really really really big thing coming to us in May 2011.
Posted by DEZMOND at 3:22 PM