Great news from the ComicCon in San Diego people: my own favourite Karl Urban has confirmed yesterday to "MovieWeb" that he will take the lead role in the remake of the sf blockbuster "Judge Dredd". Directed by Pete Travis and coming to cinemas in 2012, 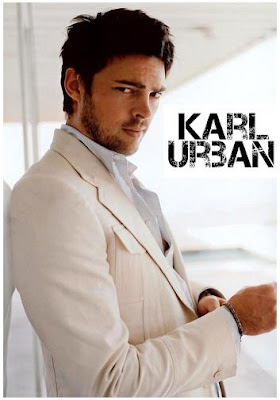 "Judge Dredd" will be set in the Third Millennium where a powerful and efficient hybrid of the police and judicial system has given birth to group of new guardians of the law with the power to dispense instant justice and punishment. These judges are law enforcer, jury and executioner at the same time.

Another news that might excite some of you is that Joss Whedon officially confirmed yesterday that he will, after all, really direct "The Avengers", a movie which will gather together some of the biggest superheroes such as Captain America, Thor, Iron Man, The Incredible Hulk ... The film is set for 2012 release. 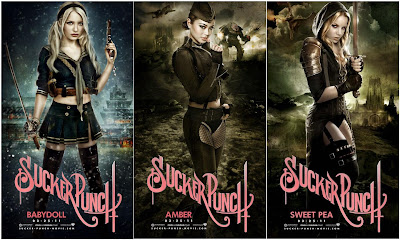 And a few days ago I gave you the first picture from Zack Snyder's ("300", "Watchmen") 2011 film "Sucker Punch", but today I have six absolutely amazing character posters from the movie which will follow a girl who is trying to hide from the pain caused by her evil stepfather and lobotomy. She ends up in mental institution and while there she starts to imagine alternative reality. 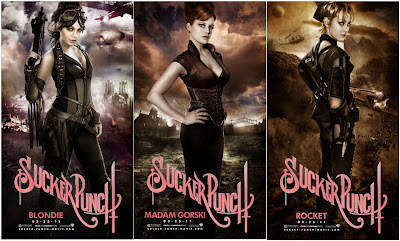 She plans to escape from that imaginary world but to do that she needs to steal five objects before she is caught by a vile man. These stunning posters show her and the five very unique girls which will join her in the adventure.
Posted by DEZMOND at 3:13 PM