The news that caused millions of geekgasms around the Net today is connected with the mysterious new image that Nathan Fillion published on his Twitter yesterday. The image shows Nathan with his former colleagues Joss Whedon, Adam Baldwin and Alan Tudyk, all from the cult and prematurely murdered sf TV show "Firefly" suggesting some kind of reunion. They are all mysteriously looking up at the sky as if they are waiting for some miraculous power to come down to Earth and bring the show to life again. Does this mean that "Firefly's" movie version "Serenity" might get a sequel or will the show start shooting again in some new form??? 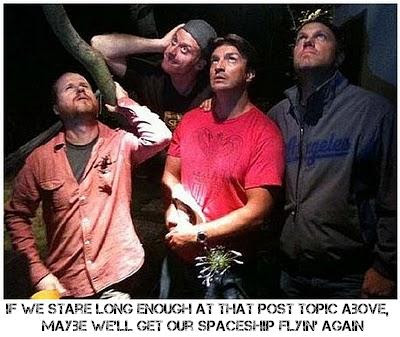 As you know, "Firefly" was a short-lived but eternally loved sf show which was canceled in the middle of the first season, but after that it gained an abnormal mass of fans all around the world and now it has a whole cult of fans similar to the supporters of "Star Trek" and "Star Wars". "Firefly" was set five hundred years in the future following a renegade crew aboard a small spacecraft which was trying to survive as they traveled the unknown parts of the galaxy and evaded warring factions as well as authority agents out to get them. Most of the actors Nathan Fillion, Morena Baccarin, Jewel Staite, Summer Glau, Gina Torres, Adam Baldwin ... have continued successful TV careers after "Firefly". 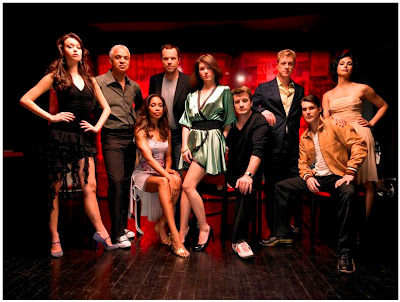