As you can see, HOLLYWOOD SPY's poll on YOUR FAVOURITE TV HUNK is over, and the best one has won: Wentworth Miller took the first place with 44% of your 155 votes, with Kevin McKidd in the second place with 17% of votes, 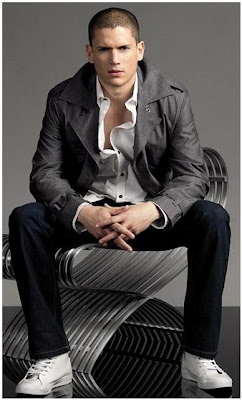 followed by Julian McMahon (12%) and Eric Mabius (11%). I knew Wentworth is one of the most beloved and most popular TV stars, so I'm not surprised with his victory.
I've personally discovered him in the charming mini series "Dinotopia" in which he played a nice young boy lost on an island kingdom in which people live together with talking dinosaurs. But he got his big break a few years later when he appeared in Mariah Carey's videos "It's Like That" and "We Belong Together". He helped her come back to the music scene in a great way, but he kinda stole the show from her with his outstanding charisma and presence, and we all knew the star was born right there and right then. The rest is history - Wentworth got the leading role in one of the world's most popular TV shows "Prison Break" after which he became one of the hottest television actors with a huge fan-base. He has also starred in some movies - "Underworld", "The Human Stain" (in which he showed his dramatic talents as well), and we shall see him next year in "Resident Evil: Afterlife". 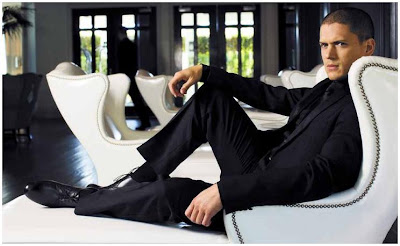 Did you know that he is almost 40??? That he was born in England, that he graduated English language over at Princeton, that he is also writing screenplays. The reason why we love him so much, beside his work, is also the fact that he is a very private person, likes spending time at home, reading, relaxing, he is not a wild and immature star and 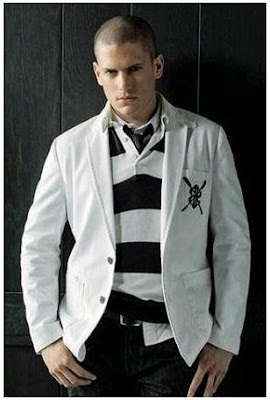 is a true role model for all the young people around the world. A truly lovable young man.

Now let's go to our new poll. I know this one might not have as many voters as usually, but I decided to introduce you to the hottest beauties from my home country of Serbia. I tried to choose the ones who are popular and known outside Serbia as well, so you might have heard for some of them. So, in the next two weeks you can vote as much as you like for one of these lovely Serbian ladies: pop star Ana Nikolic, pop singer and songwriter Ivana Jordan, pop star and Hollywood actress Holly Valance, TV actress Sasha Alexander, top model Ivana Kukric, tennis star Ana Ivanovic, top model Maja Latinovic and music star Jelena Karleusa. Vote on, and if you click on their names you might see some of their videos or work (guys mustn't miss those links :).
Posted by DEZMOND at 10:03 PM